Servo Motor is a DC Motor equipped with error sensing negative feedback to control the exact angular position of the shaft. Unlike DC Motors it will not rotate continuously. It is used to make angular rotations such as 0-90°, 0-180° etc. Stepper Motors can also be used for making precise angular rotations. But Servo Motors are preferred in angular motion applications like robotic arm, since controlling of servo motors are simple, needs no extra drivers like stepper motor and only angular motion is possible. 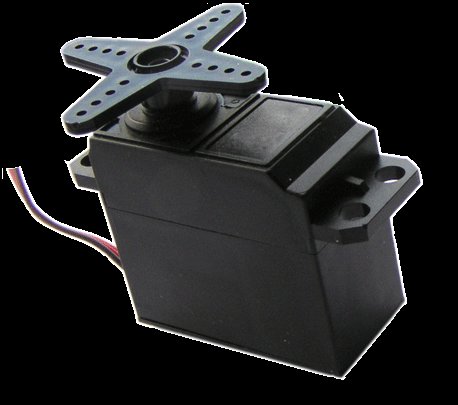 Operation of Hobby Servo Motor is very simple, it has only three wires, two of them (Red and Black) used to provide power and the third wire is used to provide control signals. Pulse Width Modulated (PWM) waves are used as control signals and the angular position is determined by the width of the pulse at the control input. In this tutorial we are using a servo motor having angle of rotation from 0-180° and angular position can be controlled by varying the pulse width between 1ms to 2ms.
Note : Please refer the datasheet of your Servo Motor, before using the program in this tutorial. Angular range and control pulse width are different for different servo motors. 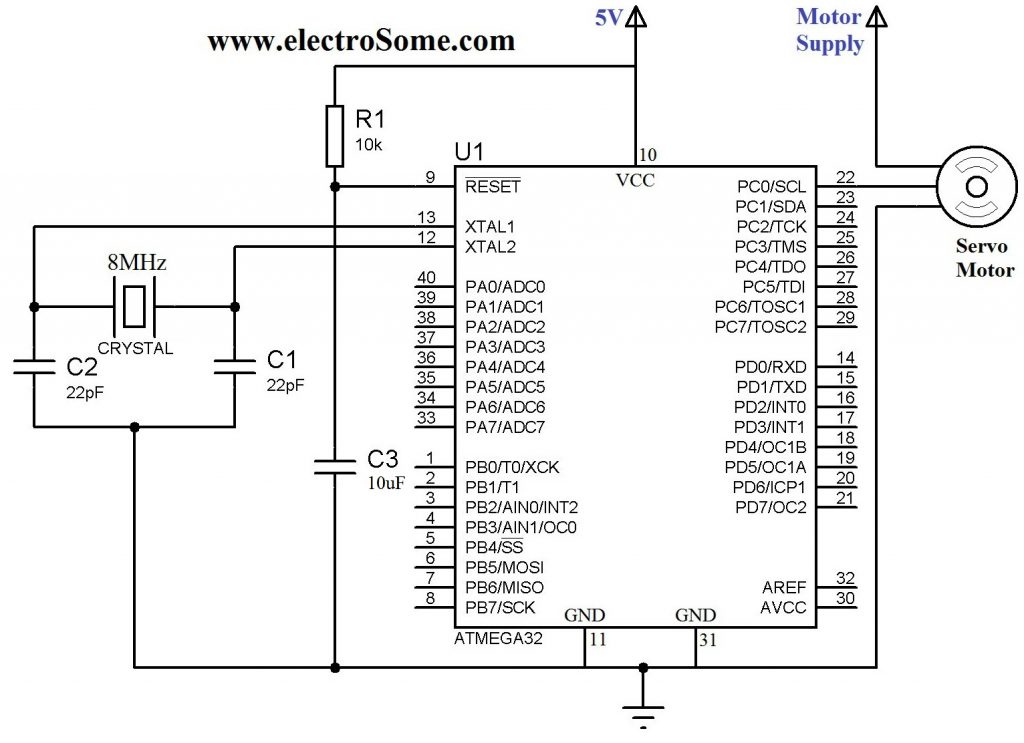 In some of your electronic projects you may want to control a DC Motor with Atmega32 Microcontroller. We can’t connect...