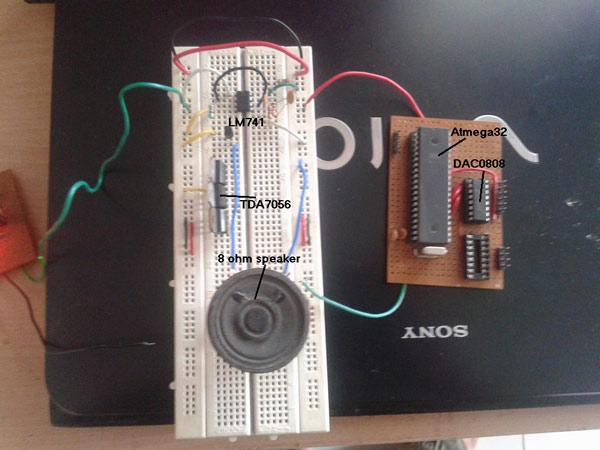 OP-AMP LM741
DAC0808 gives output in form of current. OP-AMP works as I to V converter and converts it in to voltage
Audio Amplifier
Audio Amplifier amplifies the signal given by OP-AMP so that it can drive speaker and generates sound output of around 1W to 3W

The Earth's climate has been warming, but even though the Greenland ice sheet is melting rapidly in the coastal regions,...