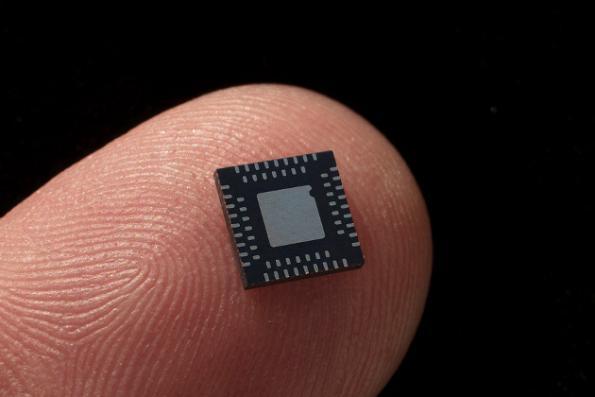 Lowest Power Radio is based on the team’s extensive wireless and low-power experience, which has enabled Atmosic to achieve radical power performance improvements while maintaining full standards compliance.

To create On-demand Wake-Up, Atmosic has implemented two levels of listening: one provides the lowest level of “radio consciousness” to perceive incoming transmissions; the other is a deep sleeper, waking only when alerted to incoming transmissions by the “radio consciousness” portion. On-demand Wake-Up requires coordination with the host, which would send a special pattern to wake-up, causing Atmosic ICs within range to wake-up. While this may cause some radios to wake-up unnecessarily, the number of wakeups will still be vastly lower than a typical beacon’s 86,400 wake-ups per day based on a time interval of one second.

Instead of relying on ambient energy harvesting, which is inherently unpredictable, Atmosic’s Controlled Energy Harvesting technology is based on a known energy source that can be controlled to guarantee robust, deterministic functionality while minimizing the system dependence on battery power. The technology can work in the 2.4GHz or 900MHz bands. As an example, a computer could be used to emit a deterministic RF energy source for a mouse or wireless keyboard in close proximity.

For its first products, Atmosic recently unveiled the industry’s lowest power standards-compliant wireless Bluetooth 5 platforms, according to the company, comprising the M2 and M3 series. Bluetooth 5 provides performance increases over legacy Bluetooth by 4X the range (now comparable to Wi-Fi), 2X the speed, and 8X the bandwidth.

The ESP8266 had been in the tech scene for over four years now and has seen various competitors like the RTL8710 or,...