CortexProg is a Cortex-M Programmer and Debugger

The ARM Cortex family of 32-bit RISC-based processors has emerged as the leading processor core in embedded designs due to its efficient architecture, robust and scalable instruction set, and extensive base of development tools and software. Cortex-M MCUs has been one of the most used microcontrollers for embedded systems and they have seen applications in various hardware products from wearables to IoT applications. The ARM Cortex-M series offers a range of scalable and compatible core options, from the ultra-low-power Cortex-M0+ to the top-of-the-range, high-performance Cortex-M7. 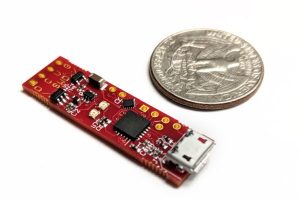 The new R&S NGE100B power supply series is particularly easy and safe to operate. The robust instruments have galvanically isolated channels and...