Posted By: Adminon: March 02, 2016In: LCD ProjectsNo Comments
Print Email
Share this:
The microcontroller based voting machines made the process of voting and counting the voted lot easier than before. Previously the votes were marked in paper which are then stored safely in a box and inside a well secure room for days. The process of separating the votes and counting them manually may take a lot of days. But after finding the electronic voting machine the votes can be marked without using papers, which makes the voting process eco-friendly. Moreover it makes the counting process faster and the results can be announced in a comparatively shorter period of time. 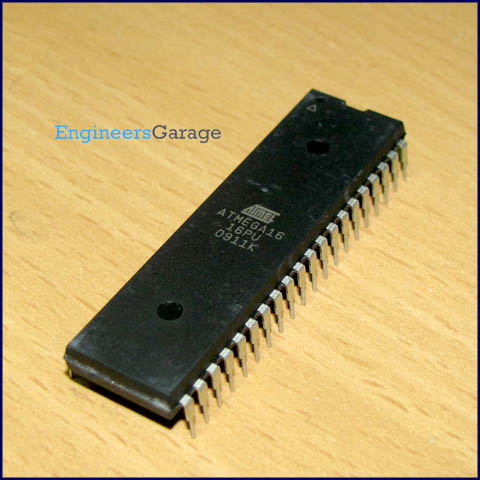 There should be a controller inside the Electronic Voting Machine (EVM) which controls the process and there should be storage medium where the details of the vote are stored. There should be a ballet unit which is been used in such a way that the one who came to cast the vote can do only one vote. There should be a keypad also which can be used by those who wish to cast a vote. In this project the AVR microcontroller is used to demonstrate the working of a simplest voting machine which can communicate with a PC serially and which can store the count of votes in its internal memory.
This project is all about how we can make use of internal EEPROM of the AVR for storing data for future purpose. In this project we are making an Electronic Voting Machine (EVM) using the EEPROM of the AVR. As in the case of normal EVM, there is a control unit and a ballet unit. The ballet unit can be used to cast the vote only after it is enabled by pressing a key in the control unit. After casting a single vote the ballet unit will get disabled again. Each and every time a user press a key the LCD displays which candidate he voted for.

READ  DJ Multitouch -- A FTIR Touchscreen Device Using Atmega644
The interesting part is that each and every time a vote being casted, the count will get updated automatically in the internal EEPROM. Hence once the polling is done we can disconnect the unit from power supply and keep it safe till the day of counting. We can power up the board and even after a long period of time we can read out the number of votes casted for each candidate by connecting the EVM to the through hyperterminal.
For more detail: Electronic Voting Machine using Internal EEPROM of AVR

A new, less expensive, and faster method now has been developed and used to determine the DNA sequence of the...