Fastest Finger first circuit is basically used in quiz type games where the reaction speed of a participant is significant. The circuit enables us to identify who responded first to the question by triggering a visual and audio indication. 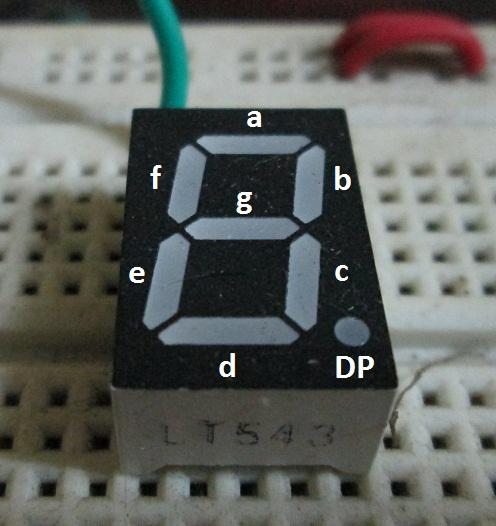 Description
The circuit uses a buzzer to produce the audio signal and a seven segment display for visual indication. The display shows the corresponding team number which pressed the buzzer first. The brain of this circuit is an ATMega16 microcontroller which can run at a maximum speed of 16MHz and so there will be no question of clash between any two contestants until and unless their reaction time was same in order of microseconds which is impossible. 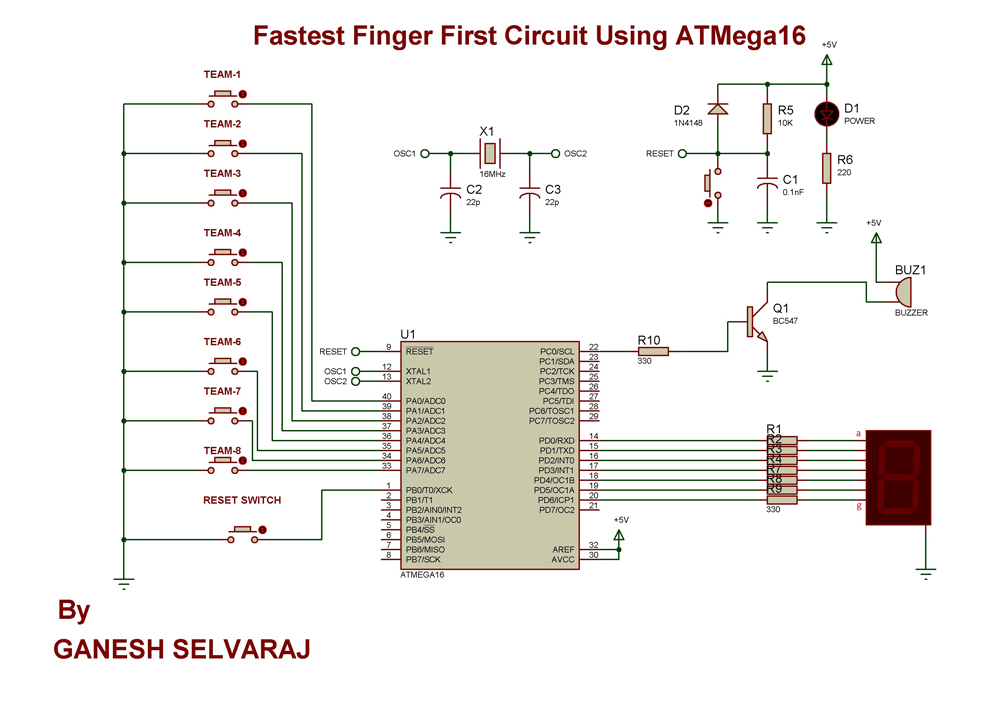 Seven Segment Display
It consists of seven LEDs named a, b, c, d, e, f and g which when turned ON or OFF in a particular pattern displays a decimal number from 0 to 9 or alphabets A to F. The seven LEDs either have a common cathode or common anode configuration in order to reduce the number of pins.

Nitrogen dioxide, a pollutant released by cars and fossil fuel burning power plants, can irritate the lungs, contribute to smog...