Posted By: Adminon: May 31, 2019In: Clock ProjectsNo Comments
Print Email
Share this: 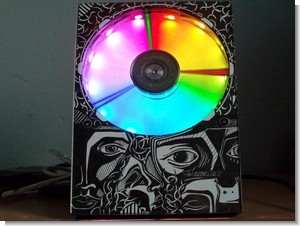 Other active integrated circuit based on atmel atmega128 is the ds1307 rtc clock and tda5410 dc motor drive. It also can be controlled with the remote control, there’s a large part of the RS232 Communications section of the hard drive is equipped with smd rgb LEDs have a variety of effects 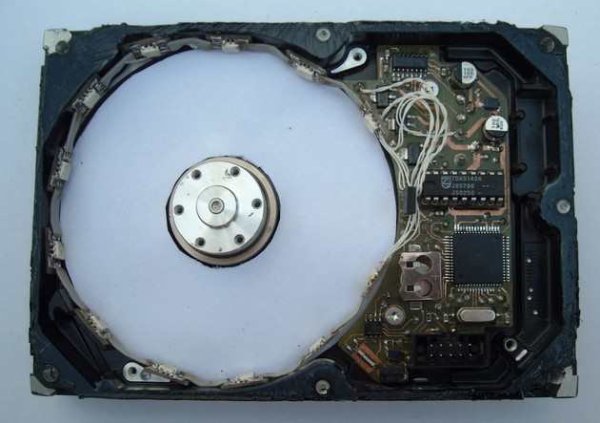 In short, the principle of operation is simple – the rotating plate has a cut-out slot. At the plate are RGB LEDs, fulfilling the role of uniform illumination. Accordingly modulated LED light gives the effect shown in the photograph.

The controller is based on ATMEGA128 microcontroller. Immediately will anticipate questions Wiz malcontents, saying that the program does not take as much as 10% of the volume of flash memory. But I needed a fairly large number of peripherals that do not bend over too much of the application (all written in C). As a real-time clock used a DS1307 system. The motor is controlled by a dedicated control TDA5140A working in the standard configuration of the datasheet. The device is equipped with an RS232 interface, through which the deposit has it all together, you can load new software, using the bootloader Megaload. Control dispenses with a small universal remote working in RC5 standard. The same PCB made by photochemical irradiated way “on the envelope”

READ  Desulfator for 12V Car Batteries, in an Altoids Tin

SMD materials used in a large part of the universe. Atmel’s software and design matter a lot for (rgb, PWM, You stay away from the control, motor drives, etc.). Sure to be a good example of all the source files are Defective hard disk too costly to evaluate an application challenging, but the results are super