Introduction
What is Snipertag? Snipertag is a variation upon the very popular ‘Lasertag’ game. In 1986, a company called Worlds of Wonder came up with the idea for a combat game that worked around a set of commercially produced toy laser guns and sensors. As of recently, many companies have picked up were Worlds of Wonder left off and have revolutionized the game from its original conception. Current systems can now include laser-guided scopes, multiple types of firing options, voice communication, 500-yard laser ranges, various status/detection indicators, and multiple programmable game modes. However, the main attraction of the game is that you don’t actually fire any type of projectile, but you fire a small beam of visible or infrared light at your opponents. The point or goal of the game is to successfully hit your opponent a given number of times as quickly as possible. 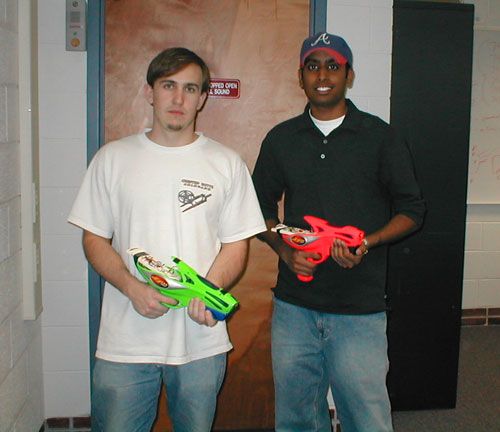 The gun and the sensor are relatively complex pieces of electronics that are controlled by a microprocessor-based system. A Liquid Crystal Display and various sounds tell the user if he/she has been hit, how many times they have been hit, how many times their opponent has been hit, and if they have won the game. This information is transmitted from user to another via transceiver circuit on both detector modules. In summary, the entire system consists of the laser gun itself, the body-attached detector, and the control/status panel attached to the player’s wrist. In conjunction, these components implement a safe and enjoyable way for people to engaged in a simulated combat situation.

From research stations drifting on ice floes to high-tech aircraft radar, scientists have been tracking the depth of snow that...