This idea was inspired by team member Gabriel Soares who is part of Cornellâs Taiko Drum Club (Yamatai). Through his practicing and performing with others, he recognized the opportunity to design a drum trainer that can help students better learn to perform their drumming when following the leader of the group and practicing with others. This device would provide them feedback of if they were performing the correct types of hits and whether they were staying at the correct tempo with everyone else. 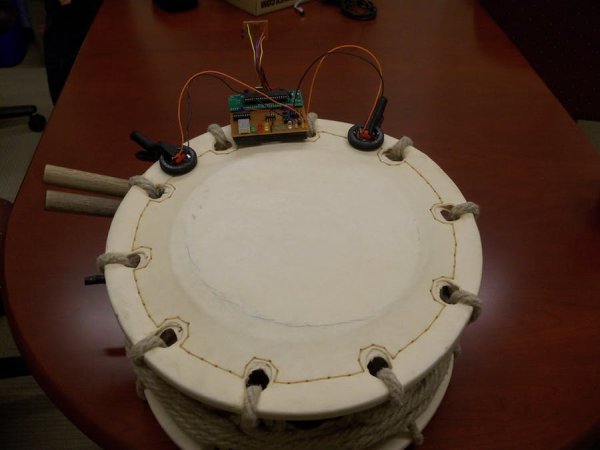 The following video is the promotional trailer for Yamatai’s annual concert that the group performs every Spring semester. For those who are not familiar with the Taiko drumming, this video does a good job at demonstrating the technique and style that the performers use. Pay close attention to the different beat types, beat intensities, and the important role that timing plays in the drummers’ performance.

When designing the user interface, we needed to be able to make it easy for the user to switch between which mode/application they were using (as well as knowing which mode they were using), and we needed to be able to have them easily see whether they were beating too slowly or too quickly, and an indicator of what type of hit the trainer was detecting.
To solve these problems, we included several user friendly features. We included a simple push button to switch between applications, and included a seven segment display to display a single digit to clearly show the current mode to the user. The seven segment display key is as follows:

From a high level view of our project, our goal was to correctly determine the types of beats on each drum and transmit this data wirelessly over IR for use in various applications. We would first detect the beats on each drum using the piezo sensors. We put two piezos on each drum to better detect the difference between loud beats and rim shots. Once the beat types were detected on each drum that was active, we would use IR transceivers and receivers to send this data across the room to the other drums and be evaluated in very short, unnoticeable period of time. This project allowed drummers to communicate and play with one another, giving real time feedback on the drummerâs timing and performance.

READ  Try the Difference with This FPGA Trainer 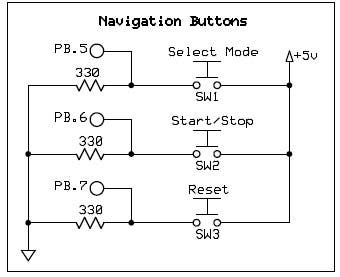 LipSync – An Assistive Device For Smartphone Use

Smartphones and mobile devices are diving deeply in our lives and make a lot of things much easier than before....