Introduction
Our project is a two player touchscreen controlled speed chess game.
One of our goals for this project is to build a reliable touchscreen device. Our initial plan was to use an LCD and attach LED and phototransistors on opposite sides. However, we determined that most commercial LCDs are small and placing 8 LEDs/8 transistors on each sides is difficult and there could be a lot of interference between adjacent LCDs and transistors. Our instructor Bruce Land advised us to use a 6 inches diagonal TV and we found that we can actually place the LEDs and transistors with sizeable width between each LEDs/transistors so that interference is minimal. We were lucky to get access to video generation code from the ECE 4760 website which we used to generate the screen on the TV. We also used bitmaps to generate the graphical representation of the pieces. Over the process of 5 weeks, we actually made changes to our initial plans an design. For example we planned to tape the LEDs and transistors to the TV, but when we were not satisfied of the sturdiness and the accuracy of our touchscreen, we used a foamcore and used it as a base to put the LEDs and transistors on. This new design made our touchscreen more accurate. To make our device even more accurate and sturdy we taped the foam core to the TV. 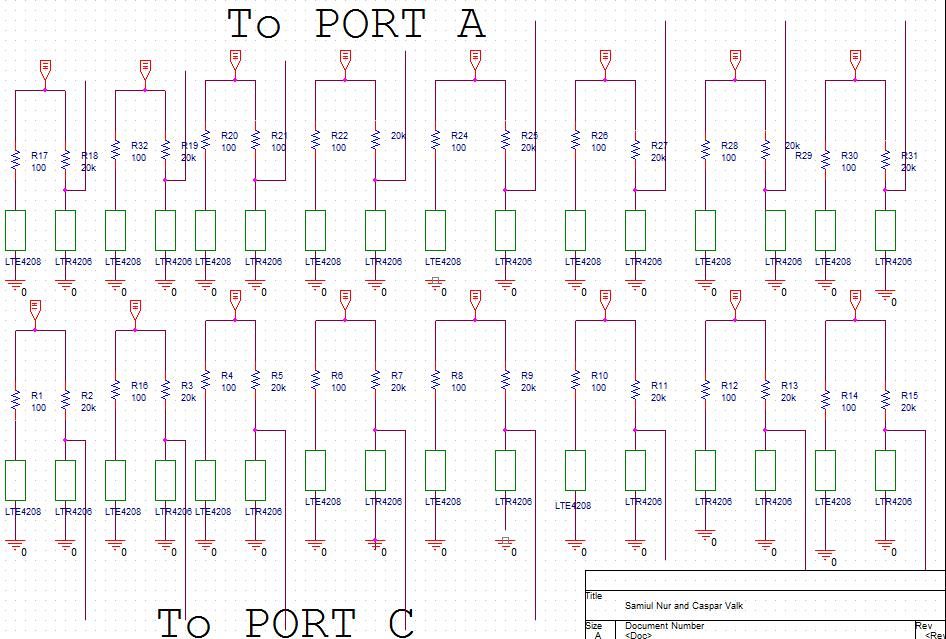 Introduction "A GPS tracking devices capable of telling the user his/her approximate distance to buildings and attractions on a map...