Posted By: Adminon: May 13, 2019In: CircuitsNo Comments
Print Email
Share this: 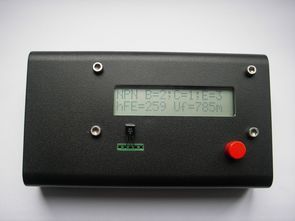 Transistor very useful for testing the circuit, but I do not know more pic programming with atmel series in seeing this type of advanced applications get confused 🙂 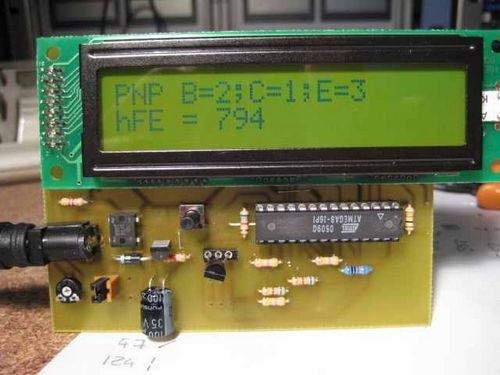 When the microcontroller ATmega8 has been selected. He has more than enough flash and RAM. He also has enough port pins and is very reasonably priced. The transistor tester is powered by a 9V battery. The 5V operating voltage for the AVR is quite conventionally generated with a 78L05. On port B of the ATMega8 various resistors are connected: the transistor pin a large (470 k) and a small (680Ω). Hereby two different currents can be applied to the test pin. The resistors are connected to ADC0, ADC1 and ADC2. At these pins and the transistor under test is connected. The left part of the circuit (with the 3 transistors) is responsible for the automatic shutdown. More on that later. On the first pins of port D, the LCD is connected. This is a 2×16 character text LCD with HD44780 compatible controller.

It should be noted that the test inputs do not have a protective circuit. A suppressor would probably distort the measurement results. It should therefore not be components that are still installed in a circuit under test. Otherwise, the ATMega8 could be damaged. 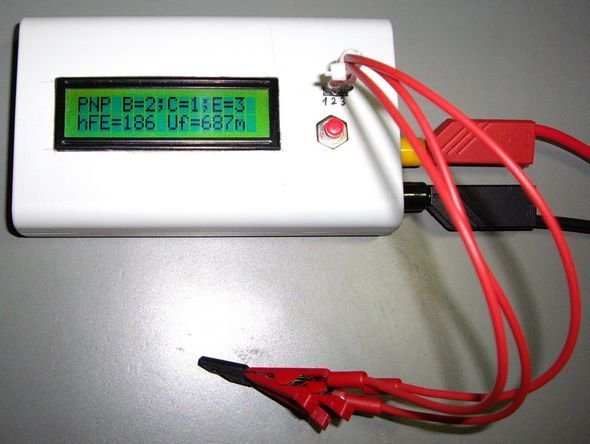 Automatic recognition of the NPN and PNP transistors, N-and P-channel MOSFETs, diodes (including double-diode), thyristors, triacs and resistors and capacitors.
Automatic calculation and display of the pins of the component to be tested
Detection and display of the protective diodes for transistors and MOSFETs
Determining the gain and the base-emitter forward voltage at transistors
Measurement of the gate threshold voltage and gate capacitance of the MOSFET
Display the values on a text LCD (2 * 16 characters)
Duration of a component testing: Less than 2 seconds (Exception: larger capacitors)
One-button operation; automatic shutdown
Power consumption in off mode: <20 nA Source: http://www.mikrocontroller.net/ Transistor Tester Circuit files alternative link: transistor-tester-circuit-atmega8-lcd-display.rar alternative link2 alternative link3

Purism Librem 5 Smartphone is a mobile phone that promises full control by it’s user. Privacy has always been a thing...