Working with the Comparator Circuit

Sometimes in the embedded system world we need to process the analog world and sending the signal to the microcontroller when the analog signal exceed some predetermine limit we’ve set. Some example of this situation is to send the interrupt signal to the microcontroller operation when the temperature is already exceeds certain limit or the light intensity exceeds certain bright level. This is when the comparator circuit becomes handy as it’s designed specially for this purpose.
Today the modern comparator is easily found in the form of integrated circuit such as the popular National Semiconductor LM339 quad (four) comparator 14 pins dual in line (DIL) package bellow: 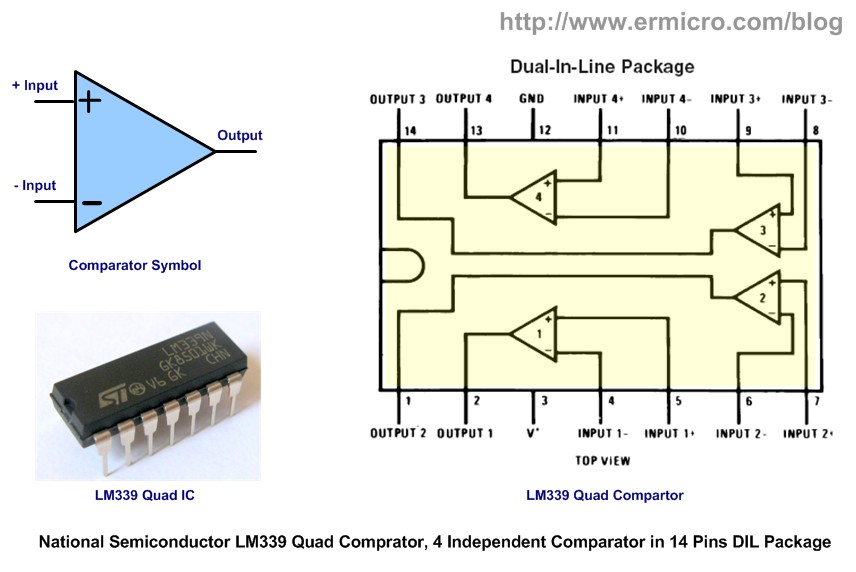 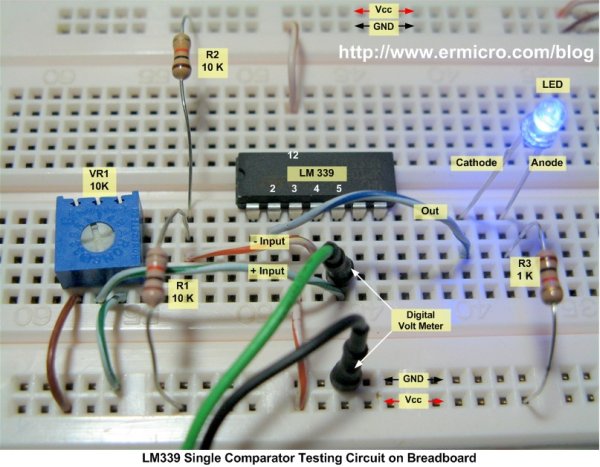 Using Transistor as a Switch

Most of microcontrollers work within 5 volt environment and the I/O port can only handle current up to 20mA; therefore...