TAS5706A Class D Amplifier was itself the signal processor. From this parts depend all the other elements. Has an impact on the type of power supply, the control method of the type converter. That… Electronics Projects, Digital Class D Amplifier Circuit TAS5706A PCM1850A ATmega128 “audio amplifier circuits, avr project, class d amplifier circuit, ic amplifier, microcontroller projects, “ 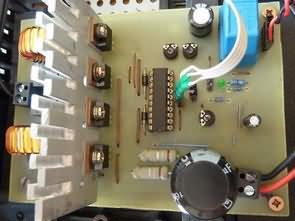 TAS5706A Class D Amplifier was itself the signal processor. From this parts depend all the other elements. Has an impact on the type of power supply, the control method of the type converter. That is why he was first selected DSP processor.

There are more firms that produce the processed signal processors whose internal connection is possible in many ways to reconfigure. However, the need was that the management was as simple as possible, therefore, programmable signal processors are discarded from consideration. Was selected processor TAS5706A from the company Texas Instruments. TAS5706A is a digital signal processor with fixed elements*1 and integrated by the final degree class D. 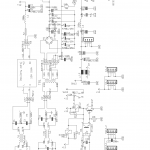 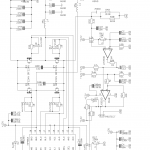 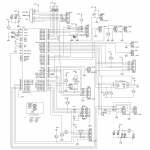 The digital audio signal is received from A/D into the DSP via four wires. SDIN (serial data in) is input navzorkovaných data. MCLK (master clock) is input signal has the highest frequency. SCLK (serial clock) is the input additional hour

PCM1850A from the company Texas Instruments. The converter was set into a fashion master, has the task to create hourly signal, and send the data separately. He was elected the format of left-justified with sampled by frequency of 48 kHz and a resolution of 24 bit. From the catalog letter [4] was to see that it is fully compatible with TAS5706A.

ATmega128A is an 8-bit RISC mikrokontrolér with 128 kB memory for program FLASH, 4 kBram, SRAM and 4 kB memory EEPROM. Contains 8 and 16 bit counter, timers along with the generators PWM. The hardware-implemented blocks to support communication via the SPI and I2C. The computational performance on the taktovacej a frequency of 16 MHz up to 16 MIPS. 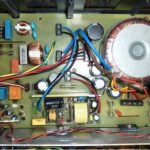 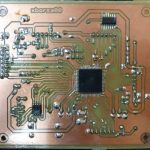 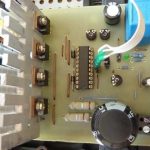 AAEON, a major developer of industrial computing solutions, is releasing a Display Box Kit to work in conjunction with its...