How To Use SPM To load Application from EEPROM 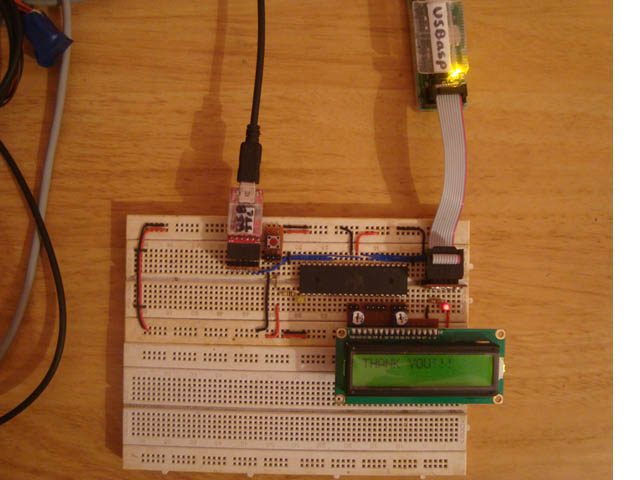 Using the above APIs one can write a code for SPM in an AVR microcontroller provided that the code should follow certain steps in the order.

{C·         Step: 2 Store the binaries in a temporary buffer before write into a flash page
{C}·         Step: 3 Program the filled temporary buffer into the already erased flash page
The above three steps are explained with details in a previous project on AVR SPM. In this particular project the data that is required to fill the temporary page buffer as discussed in the step: 2 is taken from the built-in EEPROM of the AVR microcontroller where a simple code has already been flashed into. The internal EEPROM of the AVR microcontroller has 512 bytes capacity. It can be easily read and write with the help of APIs available in the header file <avr/eeprom.h>. The following are the important APIs available in the header file which helps in accessing the EEPROM memory.

For more detail: How To Use SPM To load Application from EEPROM