Posted By: Adminon: May 29, 2016In: GPS Based ProjectsNo Comments
Print Email
Share this:

This project is a reference to budding engineers or a helping hand to those who willing to work and interface a GPS Receiver with microcontrollerand making their own channel to communicate with satellite, seeking for some useful information from satellite to make a effective and efficient system.
Before we check all the details of this project, here is the final implemented circuit diagram of longitude and latitude display system using GPS and AVR microcontroller. 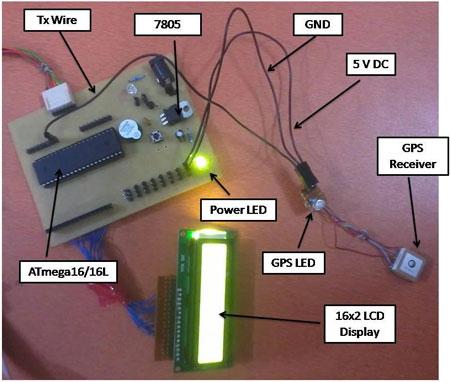 GPS
In a simplest way ‘The Global Positioning System (GPS)’ is a satellite-based navigation system that consists of 24 orbiting satellites. This satellite transmits an amount of information in string format (e.g.: latitude, longitude, altitude, time etc.) which we are going to cover further.
GPS Receiver
GPS Receiver received the information in string format, transmitted by Satellites, which uses this information to calculate different parameters between it and satellites. With information from satellites, a GPS receiver can fix its location on the ground from the known position of the satellites.
Now I want to drag your attention on the purpose of this project. In this project, we are going to display ‘Latitude & Longitude’ used for positioning of an object on the earth. So let’s talk about how a GPS receiver fixes its location on the ground, as i above said and the find the location of an object on the earth.
Position Locator
Let me tell you, if we want an object location on the earth, GPS receiver have to connect with minimum 3 Satellite at the point of time. Now i explain this in a simple way by the help of fig 1.1:
In Fig 1.1, I am trying to symbolize ‘Earth with a Sky Blue Circle’, ‘Satellites with Dark Blue’, ‘Satellites radius with Black outline circle’ and the ‘position with small Red circle’.
So let us assume we are standing on the earth with GPS Receiver and receiver is connected with two satellites- Satellite 1 and Satellite 2 at the time of instant. Both satellites have its own radius and after connecting with GPS Receiver, both radius will intersect with two points. This means we got two positions of us with respect to satellite at the same point of time which is practically not possible. So we will not able to fix our fix position in this case. 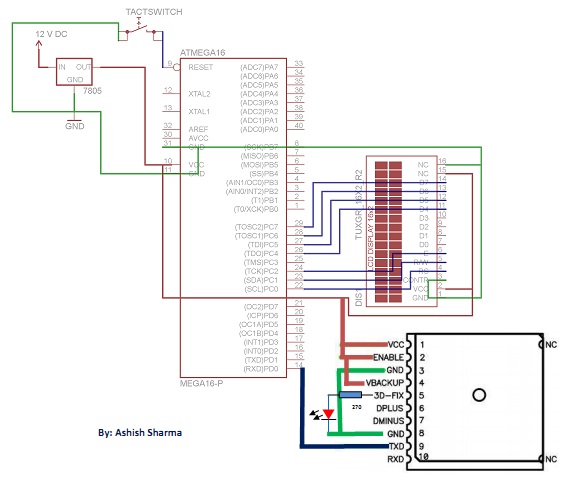 Problem solved. If our GPS receiver is connect with minimum 3 satellite at point of time, we got three radius by Satellite 1, Satellite 2 and Satellite 3, and all three radius will intersect in a common point and that common intersect point is our fix location on the earth with respect to satellites, that I meant in the starting of this section. I hope now you will be able to understand the concept.

This tutorial will give you a brief introduction to the concept of colors and how different colors can be produced...