Nixie lamp Thermometer DS18B20 Circuit with ATtiny2313 The first Nixie lamps appeared in the mid-twentieth century. For many years they have been used in a variety of apparatuses but have been supplanted by newer… Electronics Projects, Nixie Tube Thermometer Circuit “avr project, microcontroller projects, “ 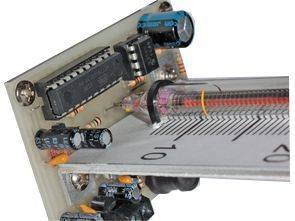 Nixie lamp Thermometer DS18B20 Circuit with ATtiny2313 The first Nixie lamps appeared in the mid-twentieth century. For many years they have been used in a variety of apparatuses but have been supplanted by newer VFD displays and LEDs. For decades, forgotten again, they returned to grace in retro electronics projects of hobbyists as well as a wider audience thanks to increasingly popular commercial projects. The digital sensor measures the temperature with a resolution of 12 bits and a frequency of 0.5 Hz (every 2 seconds). In order to eliminate possible sensor errors, a range of accepted temperatures has been introduced from + 10 ° C to + 44 ° C. All values outside the range are considered erroneous and are not considered. 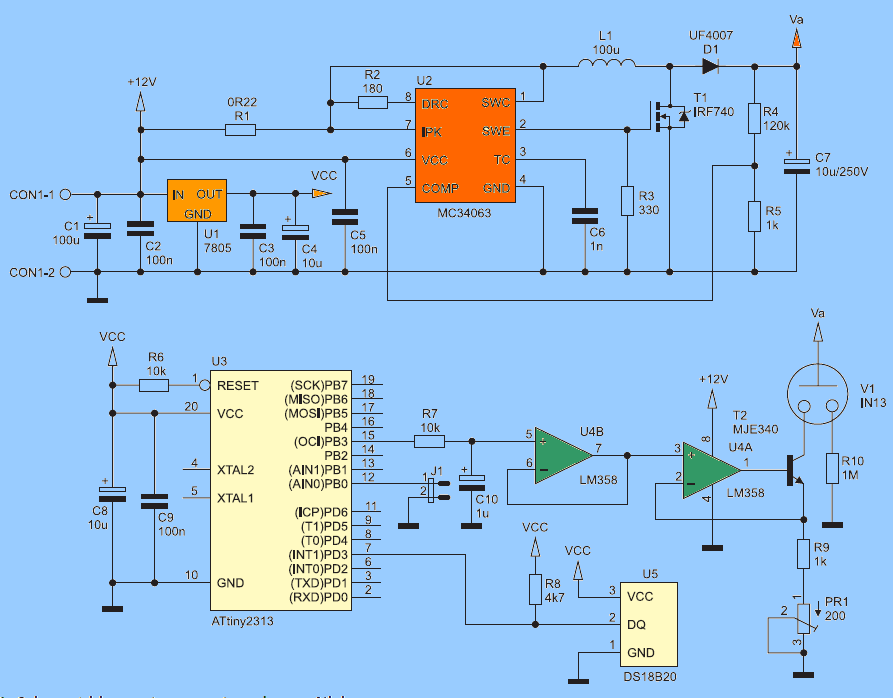 The Nixie thermometer schematic diagram is shown in Figure 1. The heart of the circuit is the ATtiny2313 microcontroller running on an internal RC oscillator with a frequency of 1 MHz. As a temperature sensor, the popular DS18B20 chip is used to measure from -55 to 125 ° C with a maximum resolution of 12 bits. The U1, together with the set of external components, stabilizes the 5 V voltage used to power the digital part of the thermometer

Due to the high flash voltage of the lamp, the MC34063 voltage suppressor inverter was used. The MOSFET T1 transistor, along with the gate-stop resistor R3, acts as a key. During conduction of the transistor the L1 choke stores the energy in the form of a magnetic field, and the diode D1 is polarized by blocking the C7 capacitor before discharging.

USB ESR Meter Circuit The main part of the meter is a ATmega8 microcontroller that controls the entire device. Its...