The DIY Cellphone is a working (albeit basic) cellphone that you can make yourself. It can make and receive phone calls and text messages, store names and phone numbers, and display the time. It builds on the hardware and software in the Arduino GSM Shield but extends it with a full interface, including display, buttons, speaker, microphone, etc. 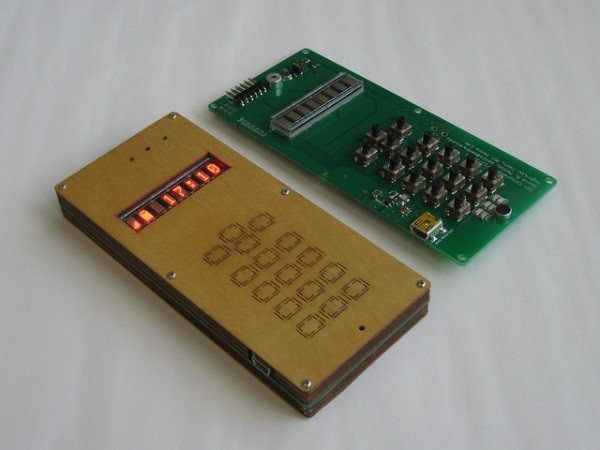 The source files for the cellphone are hosted on GitHub (hardware, software), which also includes an issue list where you can file bug reports or request enhancements.

There are two main variants of the DIY cellphone: one that uses a black and white LCD like those found on old Nokia phones and one that uses an eight-character matrix of red LEDs. The LCD shows more information (six lines of fourteen characters) but breaks over time. The variant with the LED matrix is harder to use but the display is more robust.

We often receive comments that while our microchip photos are beautiful and interesting, it is completely unclear how integrated circuit...