The purpose of this project is to design and to create a persistence of vision (POV) display. This display will allow users to upload an image to be displayed through wireless communication. A persistence of vision (POV) refers to the phenomenon of the human eye in which an afterimage exists for a brief time (10 ms). A POV display exploits this phenomena by spinning a one dimensional row of LED’s through a two dimensional space at such a high frequency that a two dimensional display is visible. In our case, we created a cylindrical display by spinning a column of LED’s around a central motor shaft (Figure 1). The rotational speed of the LED’s is fast enough such that the human eye perceives a two dimensional image.

The original idea for this project came from the brilliant mind of David Bjanes who has many projects in his project queue. The inspiration came when David saw a video of a similar POV display on Youtube.com. We approached Bruce Land, our professor, to discuss whether or not this would actually be a viable project idea. Next, we started brainstorming about the orientation of our POV display. Some ideas we had seen oriented the display on a propeller or circular clock, while others spun the display around a cylinder. We chose to build column style POV display in order to reduce the complexity of mapping a Cartesian coordinate system (found in most rectangular displays) to a polar coordinate system.
The logic behind our project is very straightforward. Our software must calculate the rotations per minute (RPM) and the release and deadline times which set the time duration to display each “pixel” of the display (explained in software section). From a high level design, we simply measure the period of each rotation, divide time the cantilever takes to rotate through that section by the number pixels we want to display and then calculate the amount of time each pixel occupies during the rotation. By turning on a light emitting diode (LED) for just that duration of time, we can then display the pixel. Thus, we’ve mapped the entire display area to a 14 by 90 matrix where each element in the matrix represents a pixel that can have any red, green, and blue (RGB) value.
The nature of our design allows the software and hardware design to be independent of each other in terms of tradeoffs. The more robust our hardware becomes (i.e. tying down wires and securing boards), the safer our project becomes. The more robust we make our software (i.e. robust state machine and LED mapping), the more optimized and error free our project becomes. The only case where our decisions about which hardware we used affected software decisions was when we ran into memory issues in RAM when the resolution of our display grew too large. On our microcontroller, the ATmega644, in order to increase the resolution of the display (i.e. to store a larger matrix which contained the pixel information), we would need additional memory modules to provide this functionality. We decided against this due to time and space constraints on the arm itself.
Our project uses two standards, serial peripheral interface (SPI) and IEEE 802.11 for our wireless radio communication. The standard for SPI consists of a 4-wire serial bus that allows a master/slave communication mode. The wires are the following:

The IEEE 802.11 standard is for the wireless radio which is controlled by the FCC regulations for radio frequency devices. This regulation can be found in Title 47 part 15 section 243 on the FCC regulations website. Since our radio transceiver was designed within the FCC regulations, it meets all the specifications noted in the section, especially the 500 microvolts/meter at 30 meters.
Our project does not include any existing patents, copyrights, or trademarks. We’ve designed all the hardware from scratch and all the software is our original work with some assistance from classmates and Professor Land.

The electrical components used are: 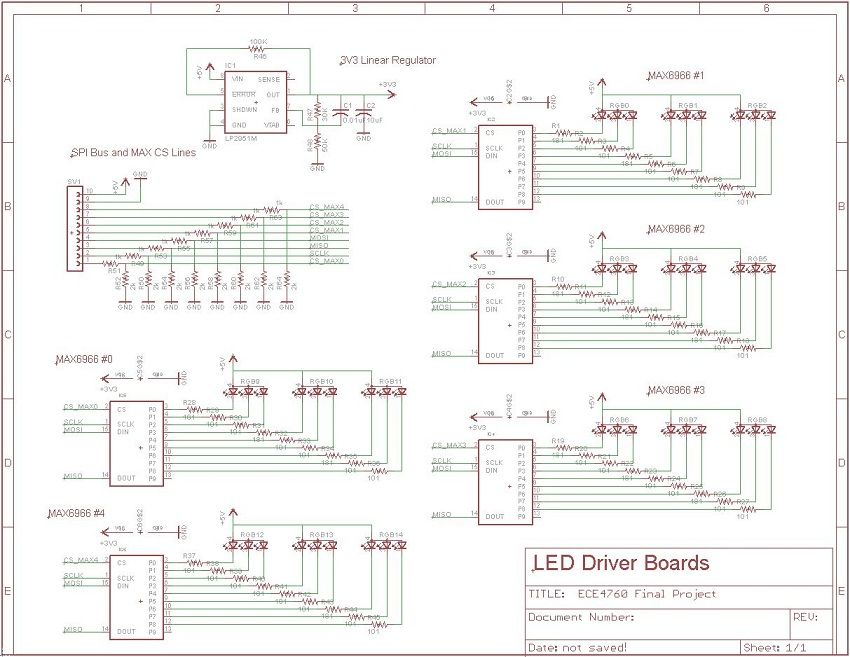 Since our motor is an AC motor that spins at 1,600 RPM as soon as it is plugged into the wall socket, this is too fast for our application. Thus, to reduce the speed and to prevent the motor from going from 0 to 1,600 RPM instantly, we are using a variable AC adapter. It is actually a light dimmer from Lutron Electronics, but it is essentially a variable AC, and it has a dial for choosing how much amplitude we want to give to the motor. This allowed us to perform safer tests, without worrying about pieces flying off of the spinning arm.