Our project is a fighter game. The user controls a fighter, which moves around the TV screen. The user starts the game with a defined number of lives. It has two kinds of enemies: the asteroids and the monsters. Asteroids drop randomly from the top of the screen (imagine the fighter moving forward, which is showed as moving upward on the screen), and monsters appear from the top of the screen to chase the fighter. The user loses one life if the fighter crashes into an asteroid or a monster. Users can destroy monsters by shooting at them. For each monster the user destroys, 10 points are awarded. Every user has a defined number of lives; and the game is over if the user use up all his lives.

We use an ADXL202AE dual-axis accelerometer for user control. We paste the accelerometer on a device worn by the user on the hand, and the user will control the fighters movement by twisting his wrist. Depending on the tilt angle, the user can control the speed of the fighter. We also use a 16-key keypad for shooting and calibration.
The space-fighter game has always been our favorite game; however we always feel that the traditional user control device can be better. Therefore, we choose this project and make improvements on traditional joystick/gamepad control. With this device, the user can taste a new enjoyment that they cannot experience before: they will not have fatigue on their fingers, they can move around freely, and they can change the fighter speed as they like. Users do not have to play using their hands they can put the device on their heads, joints anywhere that can rotate. In this way, even handicapped people can play this game. 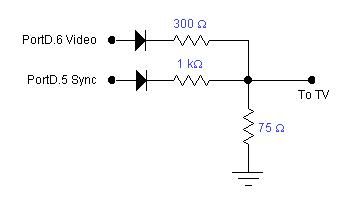 The space-fighter game has always been our favorite. The idea of using an accelerometer as user control comes from one of the past final projects.

Introduction Sound Bite One word: FROGGER!! Why Frogger? We chose Frogger for several reasons. First, we believe that it is...