Posted By: Adminon: May 26, 2016In: Robotics - Automation ProjectsNo Comments
Print Email
Share this:

In many application of controlling robotic gadget it  becomes quite hard and complicated when there comes the part of controlling it with remote or many different switches.
Mostly in military application, industrial robotics, construction vehicles in civil side, medical application for surgery. In this field it is quite complicated to control the robot or particular machine with remote or switches, sometime the operator may get confused in the switches and button itself, so a new concept is introduced to control the machine with the movement of hand which will simultaneously control the movement of robot. 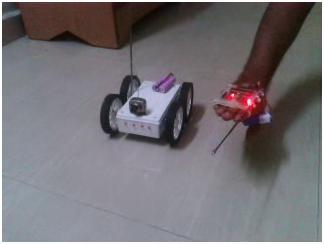 Description
A Gesture Controlled robot is a kind of robot which can be controlled by  your hand gestures not by old buttons.You just need to wear a small transmitting device in your hand which included an acceleration meter.This will transmit an appropriate command to the robot so that it can do whatever we want. The transmitting device included a  ADC for analog to digital conversion and an encoder IC(HT12E) which is use to encode the four bit data and then it will transmit by an RF Transmitter module. 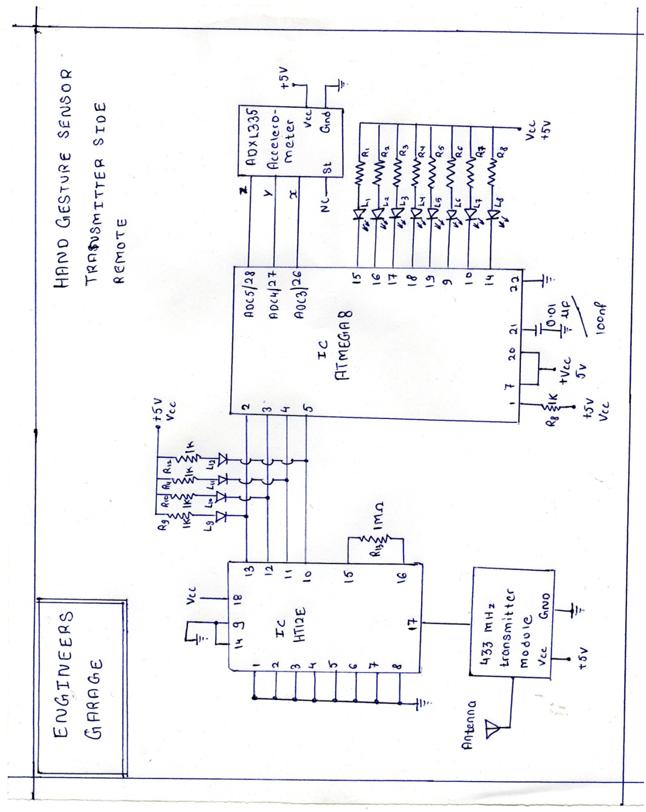 At the receiving end an RF Receiver module receive’s the encoded data and decode it by and decoder IC(HT12D). This data is then  processed by a microcontroller  and finally our motor driver to control the motor’s.  Now its time to break the task in different module’s to make the task easy and simple any project become easy  or error free if it is done in different modules. As our project is already divided into two different part transmitter and receiver. We will discuss both of them one by one.

Study dispels myth about millionaire migration in the US

The view that the rich are highly mobile has gained much political traction in recent years and has become a...