Introduction:
One of the newest and fastest growing additions to the digital age in the 1990s has been the handheld personal computer. Given a little flash memory and a good LCD, anything is possible and commercial products like the 3Com PalmPilot� and IBM Workpad� are flourishing. But as these products expand their functionality so does their price. 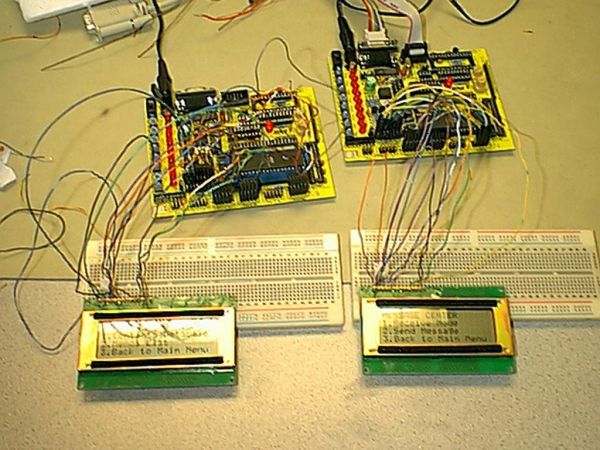 Last year, a more downscaled device Frankin Rex� card sold very well because it offered a small portable data unit at a minimal cost. In fact, it only served as a data display device for the data that was transferred from the PC, and it functions using just a few buttons rather than using a more expensive LCD that can accept input using a pen-like device which is detected when pushed on the screen. This year they have improved the card in the Rex Pro� version to take input using additional buttons to scroll through alphanumeric characters. In this project we attempted to produce a similarly functioning device using an Atmel AT90S8535 microcontroller, its Atmel evaluation board, and an Optrex 4×20 LCD. In addition, we also attempted to include an infrared communication interface on the prototypes which is used for downloading/uploading data to the PC, as well as for messaging between two devices, which is only a recent addition to the high-end handhelds like the 3Com Palm III�. This IR message transfer ability has been especially appreciated by users who enjoy not having to physically connect the devices to their PC hardware (in a PCMCIA slot for example), and corporate users have found it useful as a way to silently communicate across a room or even just across the table at a boring meeting 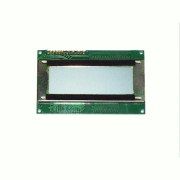 Given this hardware, we had to decide how to create a useful interface for the user on both the PC and handheld ends. For the PC, we created a Java interface that can browse and edit the data, which is stored logically in a contacts database and a memo database and physically in a file which can be loaded using the standard Windows file selection interface. The interface provides for browsing both databases one entry at a time, saving the data to the file, and sending or receiving to synchronize data with a handheld device. Each contact entry provides space for a first name, last name, address, and phone number, while memo entries allow space for a date to accompany each memo. The handheld interface relies on the buttons provided on the evaluation board to browse through the menu options to view/edit the data, synchronize data with the PC, and send messages to another device. Data or message entry and editing is performed by using the buttons to scroll through the characters and moving to the next character space using left/right buttons.

Introduction For our final project, we set out to write a Controller for the classic toy, the Etch-A-Sketch. What this...