Introduction: Motivation for Design
The Mechanix is a motorized guitar tuner for a standard 6-string electric or acoustic fixed bridge guitar.  Named in honor of Megadeth guitar legend Dave Mustaine, the Mechanix is a unique and innovative product which has numerous patent possibilities.  Traditional handheld guitar tuners are passive; they tell the user whether the guitar string is in tune, sharp, or flat, but the actual adjustment of the tension in the string has to be done by the user. This requires a fair amount of dexterity from the user, particularly when fine tuning is required. Thus, to increase both the convenience and the precision of the tuning process, we designed an active, motorized guitar tuner. The Mechanix responds to the user plucking one of the strings by turning the tuning knob until the string has reached its Standard Tuning note.

High Level Design
Rationale and sources of project idea
Passive guitar tuners have been commercially available for a long time and have also been implemented as ECE476 projects before, but none have incorporated a machine-controlled tuning process. The Mechanix is aimed at automating the guitar tuning process as much as possible, so as to make the process of tuning more precise and more convenient.

Background math
Standard Tuning, the most popular tuning on a 6-string guitar, is as follows: 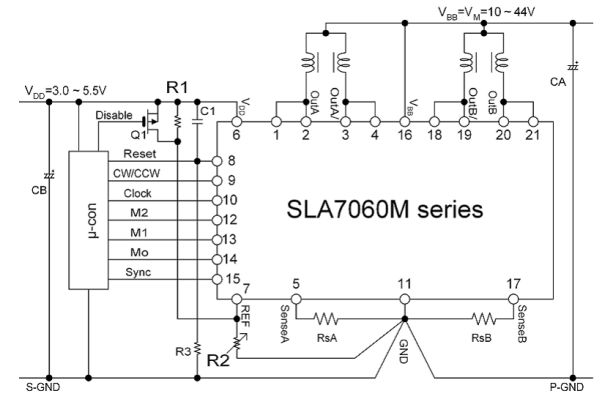 STAGE 5 – FREQUENCY OUTPUT
A for loop checks for signal zero crossings.  If two samples are below zero and the next two are above zero, a cycle has been detected.  After ten cycles, the time checked is divided by ten and modified to compute the signal frequency.  The value of frequency is somewhat unreliable due to transient behavior, so frequency calculations half a note below or above the desired first harmonic are not fed to the motor.  Even then, small oscillations will occur within range, but will eventually stabilize at the real frequency.  As long as there are more correct readings than incorrect, the guitar string will tune correctly.

Introduction The purpose of this project is to create a Scheme interpreter using C language and Mega32 microprocessor. Using limited...