So this is a pretty simple project, but I thought it was a clever idea. I have 2 dogs, a lab and a lab mix. The lab “Sunshine” likes to runaway a lot if we let her outside at all. She always comes back, but we can’t find her whenever she leaves. This worries us sometimes because we don’t want a car to hit her, especially at night. Anyways, my idea came from this that I could make some type of collar that at least at night, would make her more visible. 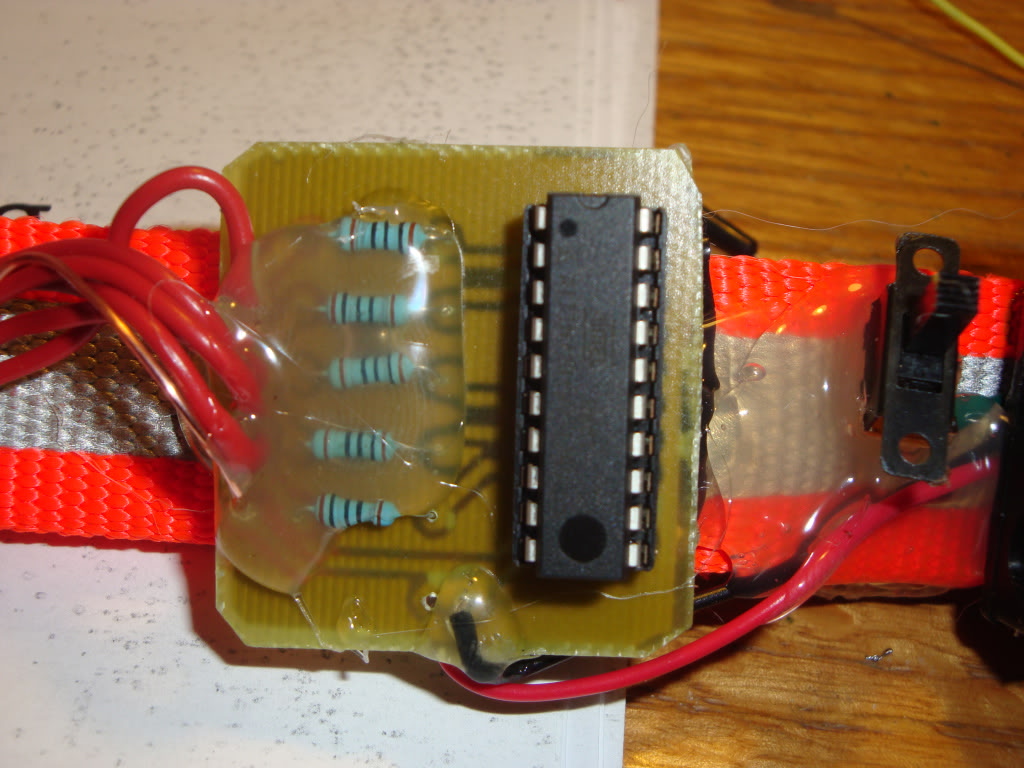 Thus came the idea of a LED dog collar. Now, this basic one has to be turned on and off (which means that I would have to let her out on purpose to use it) but it is just a prototype. I have ideas about how to make it automatically turn on, but more on that later.
So the collar runs off an Atmel AVR ATTINY2313. It has 5 blue LEDs, and is powered by 3 AAA batteries. I also etched a custom circuit board (toner transfer method) and then covered most of the components in hot glue. The LEDs and all the wires on the collar are also mounted using hot glue.
For more detail: LED Dog Collar using ATTINY2313 Microcontroller

Around time when I was beginning to learn about microcontrollers I had exchanged my laptop with a senior at college...