ATtiny25 Programmable Timer To describe the operation of the device, we will use an example – control of the electromagnetic bolt mounted in the wicket. In the simplest version we require that the push… Electronics Projects, Programmable Timer Circuit ATtiny25 “avr project, microcontroller projects, “ 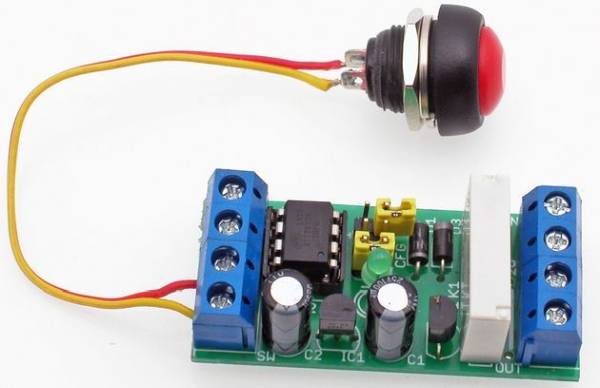 ATtiny25 Programmable Timer To describe the operation of the device, we will use an example – control of the electromagnetic bolt mounted in the wicket. In the simplest version we require that the push button attaches the bolt electromagnet for a certain length of time, sufficient to reach the gate. Then, the solenoid should be turned off. When analyzing the situation more precisely, we find that the solenoid does not have to be turned on when it reaches the gate, and only when it reaches the gate. So we teach the device the following sequence: output disabled for 10 seconds, then turned on for 3 seconds, then temporarily off and end learning. From now on, after pressing the button, the device will perform exactly the same sequence that will trigger the lock after 10 seconds, once we reach the gate, stay drawn for 3 seconds and finally be released. ATtiny25

Diagrams showing action each mode and corresponding to it jumper setting

Programmable Timer Mode 1: Simple timer. As soon as the button is pressed, it starts playing the sequence until it is finished. During playback does not respond to the button.

Programmable Timer Mode 3: Timer with restart. As in the first mode, but pressing the button during playback starts playing again.

Programmable Timer mode 4: End time switch. At the moment of pressing the button, it sets the first state of the sequence at the output and remains as long as the button is pressed. When the button is released, it starts playing the sequence, at that time it does not respond to the button.

Programmable Timer mode 5: Bistable switch. Each subsequent pressing of the button changes the state of the output to the opposite. The programmed sequence is not executed.

Programmable Timer 6: loop play. At the time when the button is pressed, a programmed loop sequence is output. Releasing the button immediately completes the sequence playback. 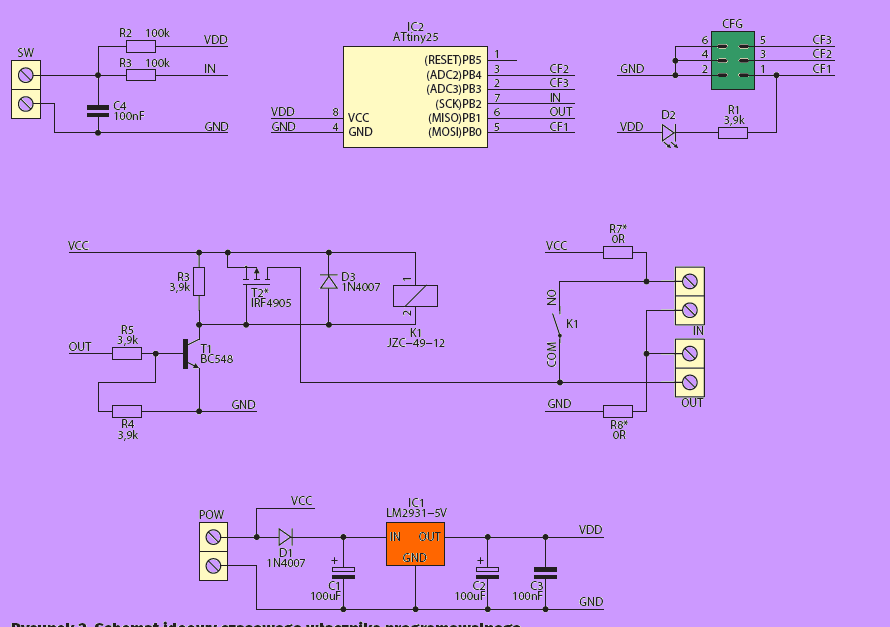 The schematic diagram Programmable Timer of the device is shown in Figure 2, and the assembly in Figure 3. The microcontroller application is straightforward and requires no discussion, just like assembly. All “power” of the programmable switch is included

PCBWay Referral Program is an Avenue to Earn Coupons and Cash

PCBWay, a company that provides printed circuit board manufacturing and assembly is offering an incentive invite deals for users of...