Posted By: Adminon: November 12, 2018In: Other ProjectsNo Comments
Print Email
Share this: 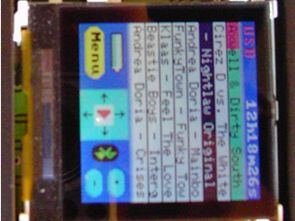 A very detailed report of a project is already included in the schema, the author of the thesis, the eagle pcb source code etc. everything. The circuit used the main parts AT90USB1287 LMX9838 (Bluetooth module) W681310 (PCM codec IC) Indicator is being used in hardware resources, as well as the Nokia LCD for C/C++ codes with the Winamp Plugin and other program files are also useful for different projects. 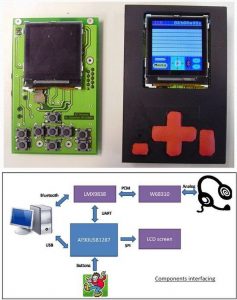 The goal of this project is to create a complete and functional product, starting from scratch. Thus, you will see in this report many steps described, starting from the choice of components to the
creation of DLLs for Windows. We want to create a Bluetooth remote control having several functionalities:

– Headset functionality: it is possible to plug a standard remote in order to use the remote control as a headset to make

– External keyboard capability: when the remote control is appropriate USB cable, the remote will be detected as an external keyboard (using the HID class). Thus, if the user’s computer doesn’t have a Bluetooth chip, he will still be control his multimedia player using the special keys

– Provide a platform with free tools: the compiler and the development environment are free, the compiled program can be sent to the microcontroller by using the USB bootloader. Thus anyone can develop on the remote without spending money

– Good autonomy: the remote control will be powered using a lithium battery which will be
charged when the remote Thus, the only part of the whole system on which this project relies is the Windows Bluetooth system drivers, since we don’t take care of the low level parts of the Bluetooth communication. This project uses the serial port profile on top of the Bluetooth stack playlist; remote. status. microphone and headphones on the VoIP calls connected to a computer using on the remote. rm on the development tools. is connected to a computer, using USB power.

Despite struggles and delays with its 10nm processor, Intel has finally released five NUCs (Next Unit of Computing) mini-PC kits that comes...