In each electronic device in one form or another there is a power supply unit (PSU). Of course, because no one will work for free. Before connecting to the circuit, it would be nice to see how the PSU works at different loads.

Personally, I am not inspired by the search for a set of different-sized resistances with subsequent testing of the power supply with each of them; it is much more convenient to make a “load” that can be smoothly adjusted. 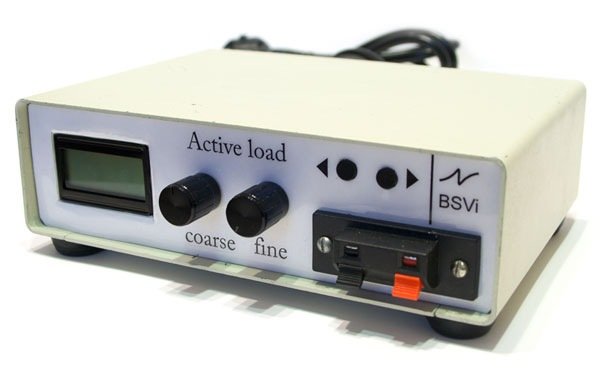 What did you want

So what did I want to get as a result?

The body (like almost all the other parts), I pulled out of the old stock. Yes, I bought only an indicator and M2.5 screws for it, the rest I already had.

The case from some old switch LPT ports of ancient times, the giblets were pulled out and put to the trash can.

Cutting out the holes for the indicator and for the fan was absolutely epic, because the body is made of mercilessly thick steel.

Stalyuk I cut Dremel, and here’s what I can say:

I cut such a huge hole, and not just drilled a dozen small holes because the power transistor did not have enough body height.

The photo shows how it happened. Taking into account the fact that this is a handwork, it turned out pretty well. 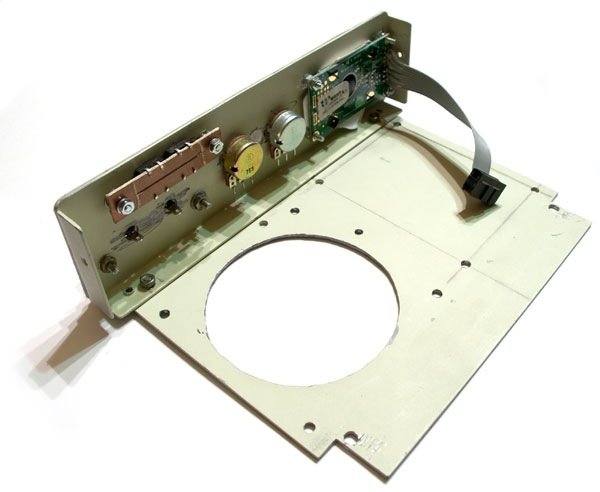 Active load electronics are as simple as boots. You can see the scheme here:

There is nothing fundamentally new there for you. 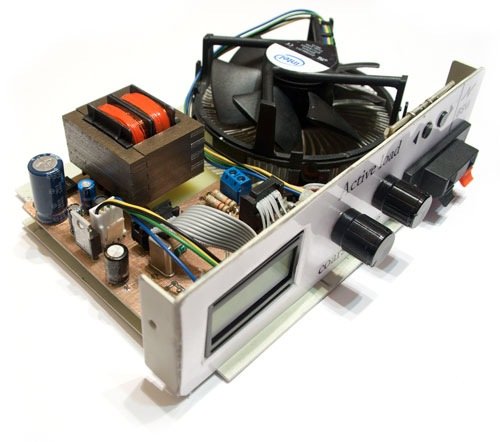 Software is my attempt to lose with C ++ on microcontrollers. On the one hand, it turned out to be interesting, on the other hand, there are a lot of places in the pros where they just make me furious.Firmware for AVR under IAR. It turned out, as always when trying to play, crooked.

In any case, the advantages for microcontrollers are the topic of a separate article.

Download all the documentation here (there is also a hex):

This work weighs quite well, and causes a sensation of a well-made device. One hundred watts dissipates, though with decent heating (And no one said it would be easy).

Some of the parameters did not turn out the way they wanted, but they’re too lazy to redo them, moreover, they are not too critical for me. For example, the turn-on time is 80µS. This is not exactly a delta pulse, and the feedback cannot show the transition process in all its glory. On the other hand, frankly I get on in OS it will help to reveal. 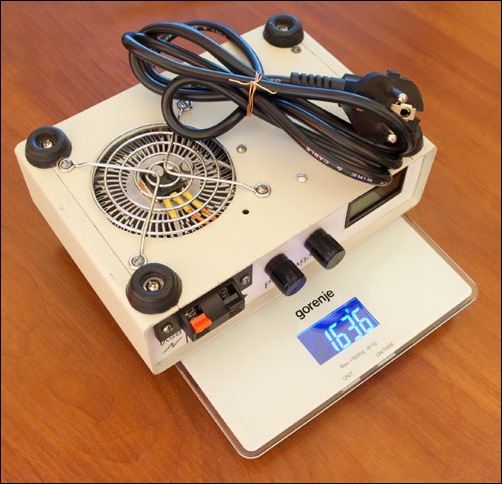 Yes, yes, I myself know that the quality is terrible and it is time to buy a new camera. I am now in her active selection. I don’t know what to do with my congenital inhibition, but I hope I’ll fix it))