Introduction
Unexpected cardiac death, also known as sudden death is a frequently fatal form of arrhythmia which kills more than a quarter of a million people each year in the United States. Confronted with the devastating effects of unexpected cardiac death and with the pursuit of advance understanding of cardiac diseases, my partner and I Young Ho Cho and Jeff S. Lee – plan to design and build a heart monitoring instrument which measures the electrical activity of the heart, also known as an electrocardiogram (ECG / EKG). 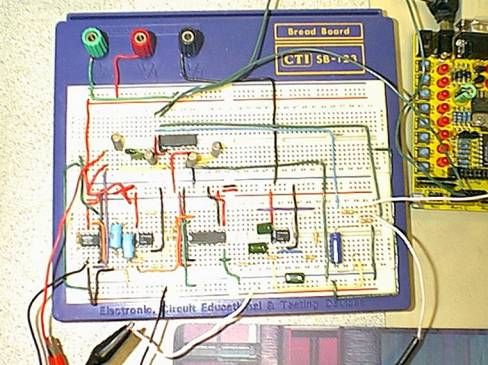 Unexpected cardiac death can be further classified as ventricular fibrillation – irregular twitching of the ventricles replacing normal contractions – in which more than half of those victims die within an hour of the onset of symptoms and before any medical assistance. According to the American Heart Association’s 1999 Heart and Stroke Statistical Update, coronary heart disease caused 476,124 deaths in the United States in 1996 and since, it has been identified as the single largest killer of both men and women in this country and the world.

Our EKG monitoring instrument uses the Atmel Mega103 microcontroller to control and store the data acquired via EKG monitoring systems involved. Our primary objective is to accurately measure the electrical activity of heart with EKG monitoring instrument. This is achieved by building an instrumentation amplifier which is specifically designed for bio-electrical signal measurement. In addition, two active filters one high pass and one low pass were employed to eliminate measurement errors. The high pass filter was used to remove any dc drift with cut-off frequency of 0.2Hz, while the low pass filter was used to eliminate anti-aliasing effects. More detailed hardware designs are described below. 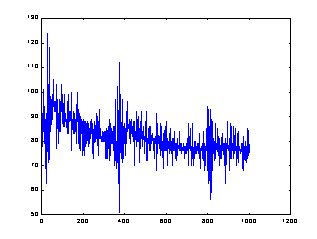 User input from the PinD0 initiates the data acquisition process. Once initiated, the signal acquired via EKG monitoring instrument goes through the Analog to Digital Converter of the microcontroller at sampling frequency of 720Hz and this data is stored in external SRAM. Upon completion of data acquisition process, the user can initiate transmission of the stored data via the Hyperterminal to be interfaced with Matlab. Data can be further analyzed with Matlab software for future studies, such as RR interval analysis, QT interval analysis.

Introduction The original motivation behind our project was a desire to interface with some type of real world device. Since...