This running LED or LED chaser is a good project for beginners in the microcontroller technology. It is easy to build, and the assembler program code can be easily adapted. This running LED light has 15 red 3mm LED’s.
The 15 outputs of ports B and D are used to drive the leds. The LED’s light up in a pattern that can be made in the program code, the LEDs run back and forth. With a push button you can select another pattern at which the LEDs runs. There are three running LED patterns which you can run: with one led, three leds and five leds.
There are also 4 patterns with fading LEDs: 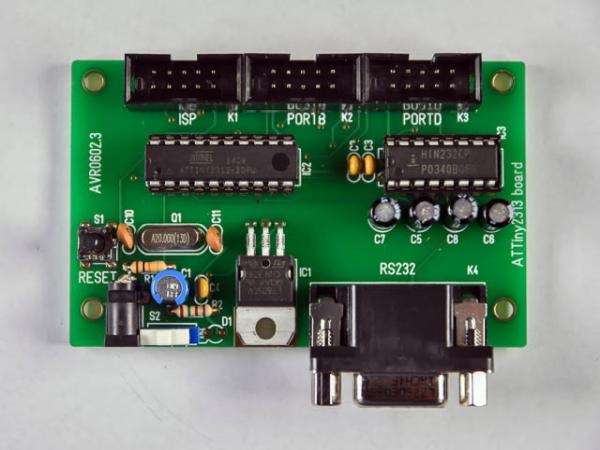 If you can program in assembler you can extend the progam with more patterns. At the current program 300 bytes of the flash memory are used.

The project uses the ATTiny2313 micrcontroller but the ATTiny2313 can also be used.The AVR port can draw 20mA current so you only have to place a resitor at the port of the AVR to limit the current to 20mA. 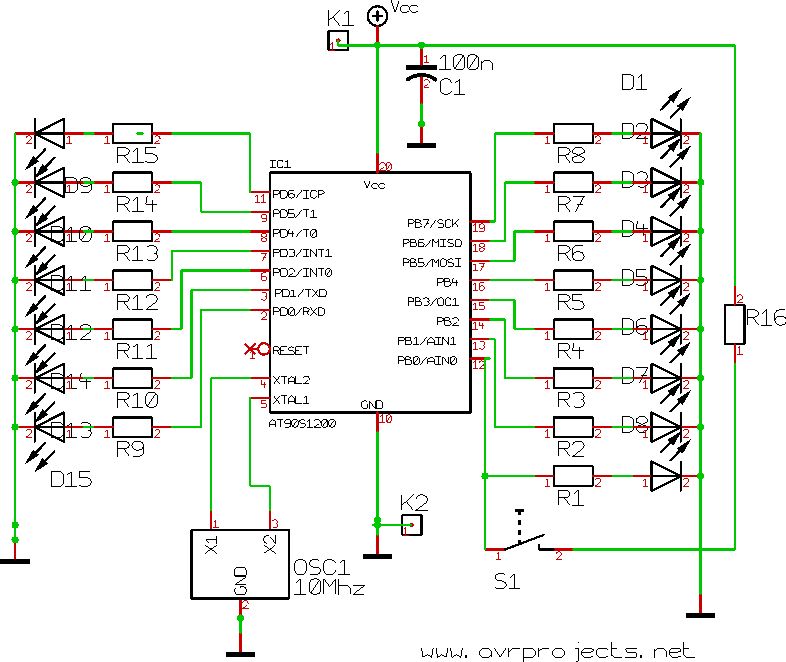 The LEDs are connected to ground so when the output of the port is high the LED will go on. The circuit uses a ceramic resonator of 10Mhz as oscillator. When you use ATTiny2313 you can discard the resonator because they have an on chip clock source. The fuse bits can be programmed to run the chip at 8Mhz.The circuit has to be powered with 5V DC regulated.
For more detail: Running LED’s

This small project let you make running leds. For this project you need a attiny2313 microcontroller and 8 leds and...