This project simulates 9 holes of a minigolf course using the TV to display the course (top down view), an anchored plastic ball containing two accelerometers, and a putter. Summary
We used a hollow plastic ball containing two accelerometers for each planar axis with the ground, and anchored it to an object above it so it would swing in a pendulum motion when hit, eventually settling back into the same position it started out with. The accelerometers were hooked up to the ADC converter on the prototype board and interpreted with a single Mega32. A different Mega32 would be used to control video output, displaying a top down view of the current course the user was playing, along with a ball. The Mega32 programmed with the ADC converter would constantly communicate with the video Mega32. 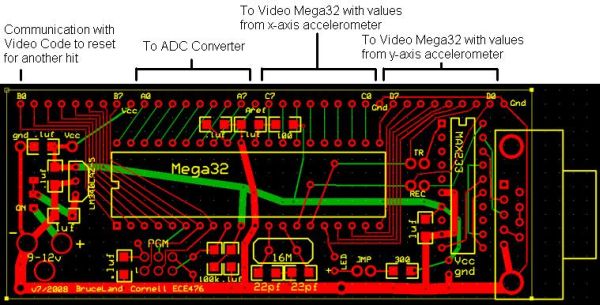 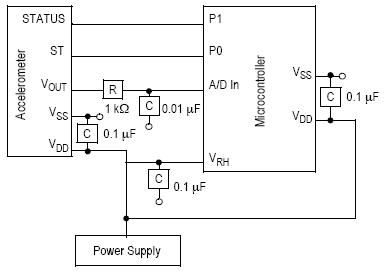 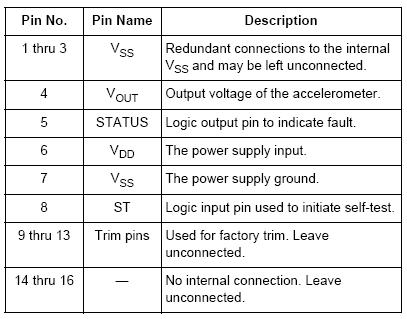 Introduction Our project is a wireframe 3D video game based on the classic Atari arcade game, Battlezone (Copyright Atari Corp,...