A few days ago NXP has released a new version of their Eclipse IDE flagship: the MCUXpresso IDE v11.0. 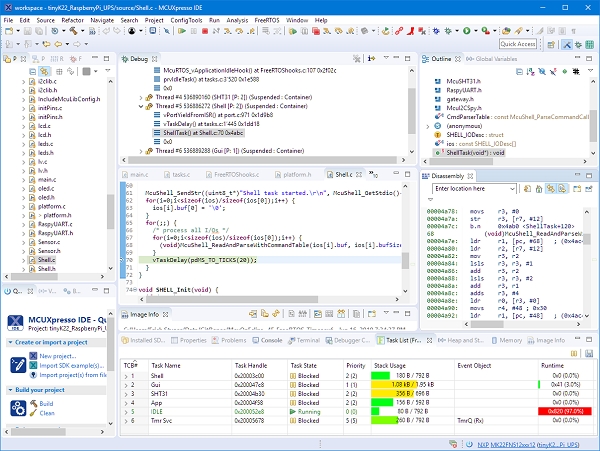 The previous v10.3.1 was released back in Feb 2019, and the 11.0 now in June this year matches up with the Fall university semester. I appreciate that the releases are about every 6 months, so this gives me time to use it in my university lecture material and lab work. I had the weekend for trying it out, and I’m very pleased.

On a top level

There are lots improvements in this release for which the release notes are a good starting point. A few things noteworthy on the top level:

As always, the release notes and the user manual are a good source of information.

Below are some times which I have found very useful:

The default ‘Develop’ Eclipse perspective has an improved layout. There is is third column in the layout.

The ‘Outline’ and ‘Terminal’ views are now by default included in this perspective.

This is a new feature/view in the MCUXpresso IDE. It is a kind of ‘super symbol browser’ and very useful to get an overview about the application. It works both for the image of a project or I can load an external image for analysis.

A nifty organization called Seeds of Change here in Anchorage, Alaska has been helping young people get started in productive commerce. It...