Here is a very simple project of controlling a small DC-motor (taken from an old personal cassette player) with ATmega8. The ATmega8 is having three PWM channels, out of which two are used here. PWM waveforms are fed to MOSFET (RFD3055) H-bridge. Here, direction is controlled using a two-position toggle switch and speed of the motor is controlled by two push-buttons, one for increasing the speed and other for reducing. 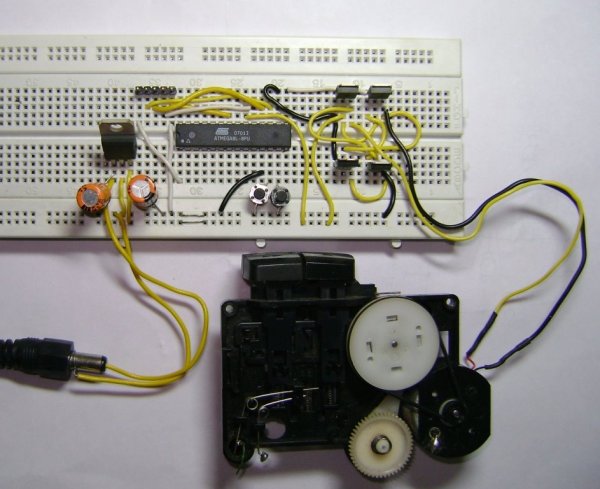 The schematic is geiven here (click on the image to enlarge): When switch SW1 is closed, OC1A channel is active which will feed the PWM signal to Q1 & Q4 MOSFETs. The OC1B pin will remain low keeping the Q3 & Q2 in OFF condition. When SW1 is toggled to open position, OC1A pin will become low, making Q1 & Q4 OFF and OC1B will feed the PWM signal to Q3 & Q2, resulting in the change in the direction of current flow through motor. Hence, motor rotation direction will change. The speed is controlled by Push-buttons S2 & S3. Pressing S2 will increase the speed in fixed steps. Similarly, pressing S3 will reduce the speed in fixed steps. 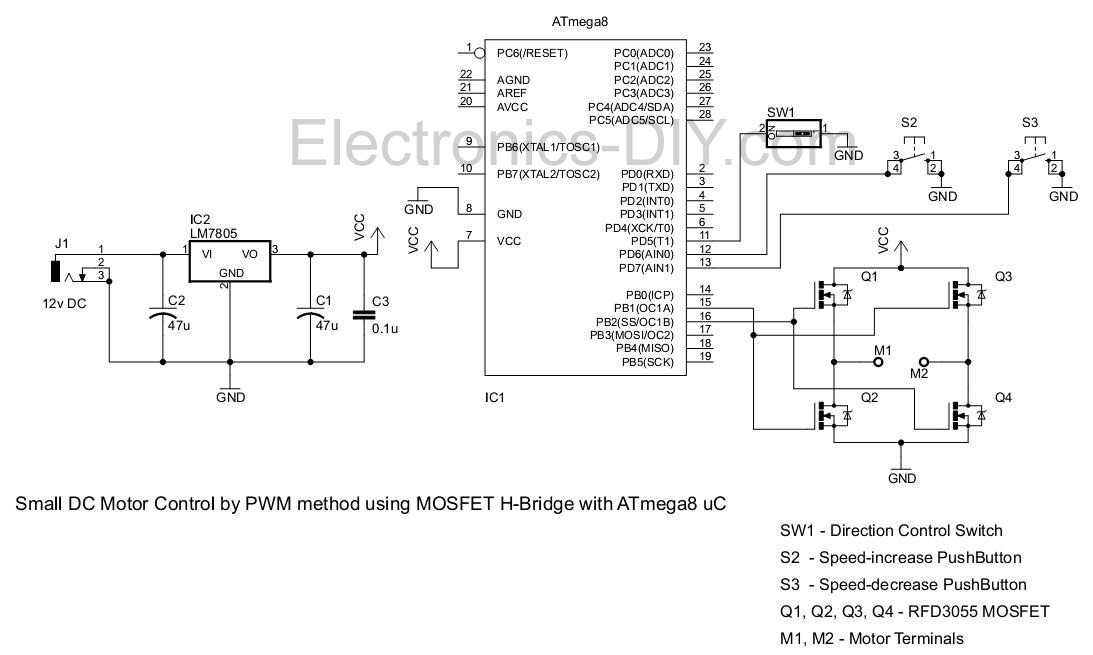 Here on the bread-board, I’ve used two push-buttons but the direction control switch is replaced by a small wire which was connected to ground or kept open for changing the direction (since I was not having the toggle switch in stock at the moment). The bread-board also includes 6-pin In-System Programming connector which is not shown in the schematic.
For more detail: PWM Motor Driver with MOSFET H-Bridge and AVR ATmega8

An alphanumeric low cost LCD Display is very essential for may small and big projects to Display various type of information. Hitachi...