Now it is the first time I am using an arduino board. Arduino mega 2560 is really a great product. The chip got a flash of 256KB, RAM of 8KB and EEPROM of 4KB. Also, the data sheet of Atmega2560 says that we can extend the RAM (by external) upto 64KB. Another most important feature of this stuff is that it have 54 Digital I/O pins (of which 14 provide PWM output). It is clocked with a 16MHz crystal osc. 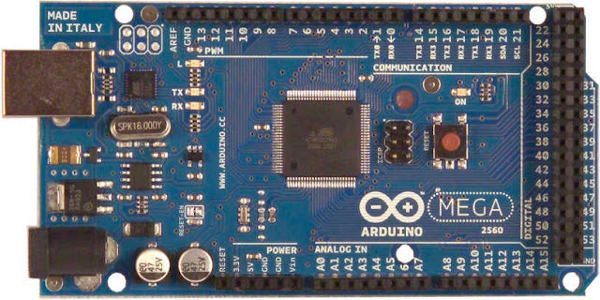 Also the board contains another atmega16 (just above the crystal) which is pre-programmed as a USB to UART converter which enables a serial communitation between the atmega2560 and  PC via USB. The product is shipped with a bootloader inside which make it easy to program it via the same USB-UART channel. So the channel got two functions, ie programming the chip and serial communication with PC. From the arduino home page we can download the arduino IDE for appropriate OS.

I heard arduino makes people lazy. 😉 But now I understood it is true. Because it is so easy to program an arduino using the arduino IDE. It have an arduino language (it is c++) with a great library functions those are very much user friendly and I heard people saying, “if it is arduino, any one can program it”. Now I believe statement is almost right because in arduino IDE, we doesn’t need to know any thing about the processor, it’s registers and even its real port address also. Every thing is grouped and numbered in the board not according to the real PORTA, PORTB etc but according to it’s functioning like PWM, ANALOG, DIGITAL, COMMUNICATION etc.
The arduino IDE got a lot of working examples, what we need to do is, we need to select the board first and then set the serial port and later we can open any example and then simply press ‘upload’. It is ready!!!!!!!! 😉
So no need to explain it more because it is so simple.
Running Python (pymite) on Arduino mega 2560
Appart from the arduino IDE, I would like to use the board seperately to try assembly programming and the normal C programming which I normally used to do using avr-gcc. 1 year ago I heard some one ported python for 8 bit devices but I couldn’t use it since I didn’t have a chip with enough RAM and flash. But since now I have this arduino mega 2560, I just downloaded pymite (p14p) and I could see a port for arduino mega there. It is nothing but the same “python” programming language written for microcontrollers. It have many limitations but still its interesting to see the python running on this 8 bit chip. I just build it for arduino mega 2560 and was successful (a small trouble was there in building, but any way it’s okay).

Now if every thing is okay, then we could see an ipm prompt and we can test simple python codes. Below is some of my test codes and screen shots. 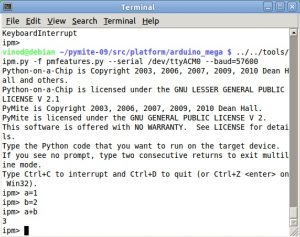 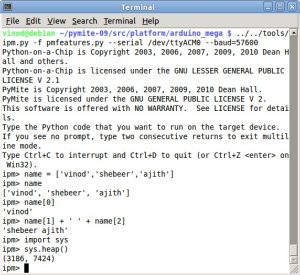 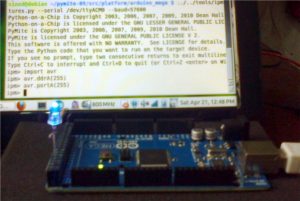 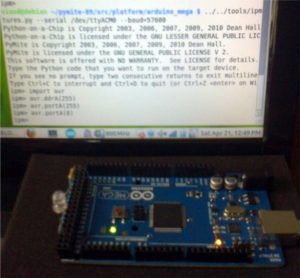 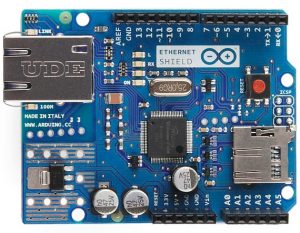 I got one more product from element14, an arduino ethernet shield. I tried the basic examples of google search, twitter etc on it and it is working fine. Also there is a micro sd card slot which is very much helpful to easily interface a micro sd card to the arduino.. It is a cool stuff….

Introduction: But now I can do this very easily by a simple digital signal processing using a microcontroller. It's concept...