Precise time and temperature control are critical when cooking. Slight deviations in either temperature or cooking time can ruin delicate ingredients. Despite this fact, most modern day stovetops provide no data regarding their current temperatures and do not have built in timers. The stovetops that do provide these functionalities are often expensive and require specialized cookware. As our final project for ECE 4760 at Cornell University, we decided to build a programmable temperature and time controlled cooker that would use traditional thermal conduction to cook food regardless of the cooking vessel’s material. The cooker can be used for a variety of purposes ranging from simply boiling the perfect 6-minute soft-boiled egg to sous-vide cooking a piece of delicate white fish. Quickset options can be programmed into the cooker allowing for easy preset operation. 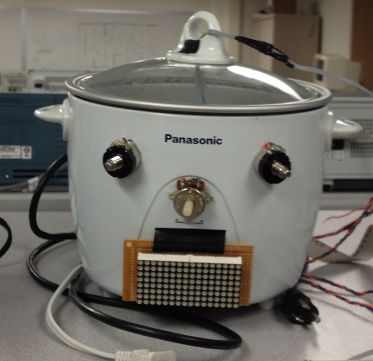 Our aim for this project was to make temperature controlled cooking accessible to those without culinary training and/or professional kitchen appliances. Our project focuses on immersion cooking methods such as poaching, simmering, boiling, or sous vide cooking. We decided to focus on these cooking methods as they require very little technique but rather precise temperature control and cooking time. Recipes often call for specific temperatures and timings, but as most modern-day stovetops provide no temperature or timing feedback, it is difficult to know when these requirements have been met. By being able to set precise timings and temperatures, users simply have to place the food in the cooker when prompted and let the cooker handle the rest in order to create a perfectly cooked dish.

Rationale and Motivation Behind our Project

Cooking foods at controlled temperatures is a very difficult thing to achieve for extended periods of time. Using traditional gas stovetops, it is almost impossible to maintain a specific temperature for a set amount of time. However, by controlling the heat source electronically using a feedback loop, we can continuously measure the temperature and adjust it as necessary. Our project is designed to maintain any temperature between 45 and 100 degrees Celsius for extended periods of time with minimal deviation in temperature.

For our final PID values, we selected P = .07, I = .04, and D = .05. All of these values are low as our system changes very slowly and adjustments to the system take a long time to take effect due to the high specific heat of our immersion liquid (water). For our voltage-temperature sensor calibration, we utilized the LM35 temperature sensor to measure the temperature of the immersion liquid. The LM35’s datasheet provided us with the below voltage-temperature curve.
After some experimentation, we discovered that the given curve did not fit our measured results. To properly calibrate our temperature readings we swept across numerous temperatures and measured the voltage output of the LM35 using the microcontroller’s built in ADC. We then plotted these values and performed linear regression to find a line of best fit that we used as our voltage-temperature equation

In our hardware design, we decided to increase the hardware complexity by adding analog potentiometers for setting the temperature and time and building our own LED display screen. While we could have used an LCD display to display temperature and cooking time information, we decided to build our own LED display as it allowed us to print to a larger font. Despite the LED display being very difficult to build and program, it provides a larger and brighter display compared to the LCD display. We decided to implement analog potentiometers for setting the temperature and cooking time so that the system could be used independently of the UART computer interface. While our cooker can be programmed using the serial UART connection to a PC, it can also operate independently using only the analog potentiometers.
In our software design, we decided to use the Tiny Real Time (TRT) kernel written by Dan Henriksson and Anton Cervin as it allowed us to easily schedule tasks at set intervals and synchronize variables across multiple tasks. While using the TRT kernel decreased the amount of flexibility we had in writing our software, it ultimately made scheduling software tasks a lot easier.

There are no existing patents, copyrights or trademarks that our project infringes on. While numerous patents exist regarding temperature controlled cookers (e.g Patent EP2661944 A2 & Patent WO2012092683 A3), they utilize inductive heating surfaces which we do not use. The patent closest to our design that we found was Patent CA2722383 A1 which describes a temperature controlled heating element. However, this patent still does not apply to our project as it describes controlling the heating element’s temperature using electrical sensors within the heating coil while our system measures the temperature of the food’s immersion liquid. We utilize the Tiny Real Time (TRT) kernel and its supplemental UART libraries, both of which are filed under the “Beer-Ware License” by Joerg Wunsch. We also utilize the generic PID Controller code created by Atmel for the AVR221 application. 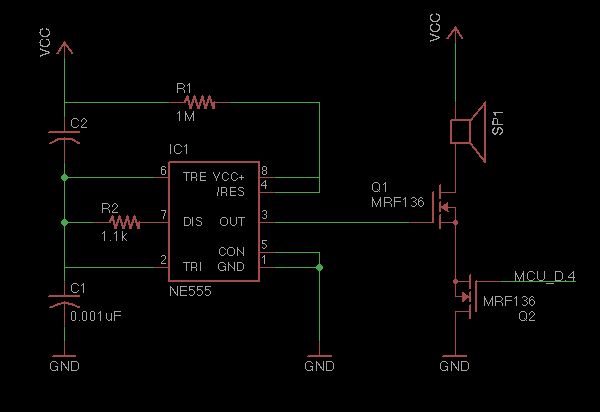 Youths wearing gorilla costumes and rubber boots grunted and scampered in front of Rwanda's president on Saturday during the ceremonial...