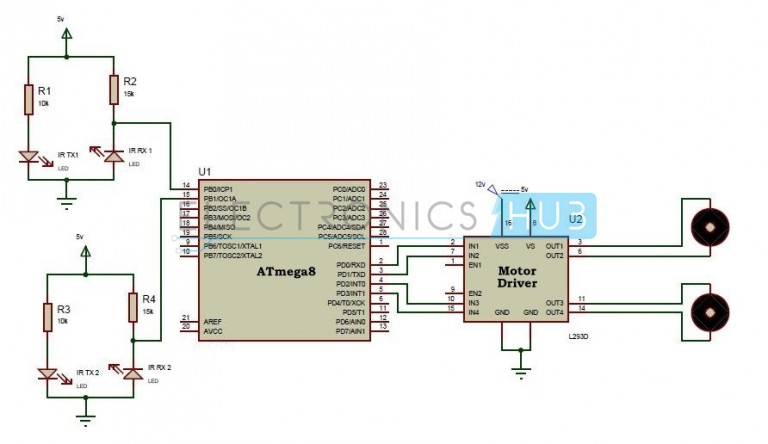 Do you know about How Remote Controlled Spy Robot Circuit Works?

IR sensor consists of IR transmitter and IR receiver on a board. When the vehicle is moving on a black line, IR rays are continuously absorbed by the black surface and there is no reflected ray making output high. Whenever, the robot moves out to the white surface, it starts reflecting the IR rays and making the output low. Thus depending on the output of IR sensor microcontroller indicates the motors to change their direction.

Components in the circuit:

How to Design a Line Following Robot?

Nowadays, controlling the traffic becomes major issue because of rapid increase in automobiles and also because of large time delays...