What is a stun gun – How to Make Stun Gun

What is Stun Gun

An electroshock weapon is an incapacitant weapon used for incapacitating a person by administering electric shock aimed at disrupting superficial muscle functions. One type is a conductive energy device (CED) fires projectiles that administer the shock through a thin, flexible wire. Other electroshock weapons such as stun guns, stun batons, and electroshock belts administer an electric shock by direct contact. A shockround is a piezo-electric tip for a projectile that generates and releases electric charge on impact. 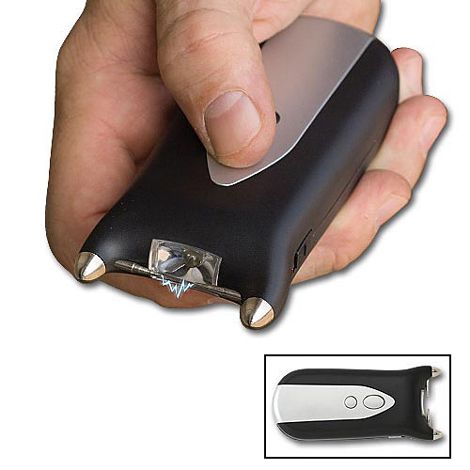 Conventional stun guns have a fairly simple design. They are about the size of a flashlight, and they work on ordinary 9-voltbatteries. The batteries supply electricity to a circuit consisting of various electrical components. The circuitry includes multipletransformers, components that boost the voltage in the circuit, typically to between 20,000 and 150,000 volts, and reduce the amperage. It also includes aoscillator, a component that fluctuates current to produce a specific pulse pattern of electricity. This current charges a capacitor. The capacitor builds up a charge, and releases it to the electrodes, the “business end” of the circuit.

How to Make Stun Gun

Under given is a simple schematic to create Stun Gun at home. 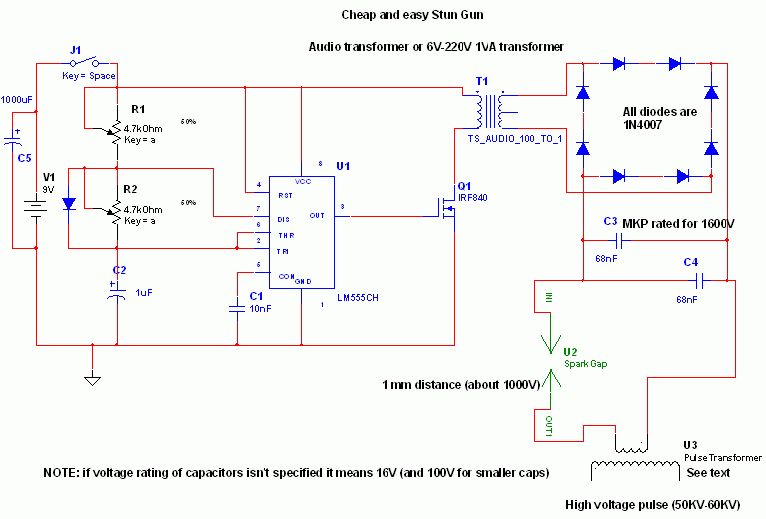 How to make stungun – Schematic Click to Enlarge the Image

Isn´t it the right time to purchase a high-performance oscilloscope?

igital storage oscilloscopes HAMEG HMO win many awards because of many reasons, which can be summarized into one sentence –...