In this tutorial we will discuss a simple PC controlled robot. The Robot PC link will be a RS232 serial line. The robot will have only five commands.

To keep things as simple as possible, in this example we will use terminal software RealTerm for sending commands to the robot. Later on a dedicated software can be written on PC end to control the robot.

The robot’s hardware will be a simple differential drive using two 200RPM DC Gear motor mounted on a HQ Metal Chassis with a front castor wheel. On the back motors we have mounted plastic wheels. More about differential drive is explained in this tutorial.

The robot is controlled using xBoard v2.0 which has ATmega32 as main CPU and integrated motor drivers. We have connected xBoard v2.0 with PC using a CP2102 USB to UART module. 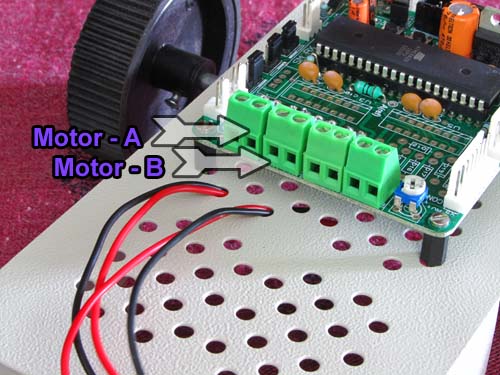 Download the firmware hex file from the link given below and program it to the xBoard v2.0 using a USB AVR Programmer. Make sure the fuse bits are set as follows :-
HIGH Fuse = 0xC9
LOW Fuse =0xFF 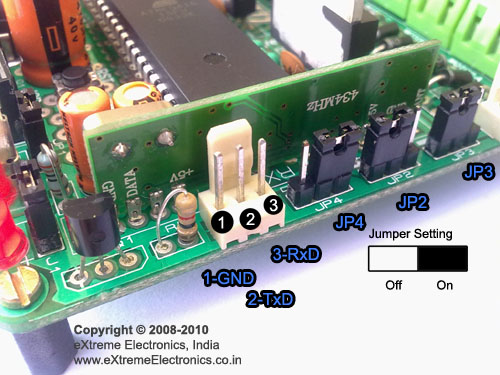 Connect one side of CP2102 module to USB and other side to xBoard v2.0 as listed below.

A PC can have several COM ports, each may have some peripheral connected to it like a Modem. Serial Ports on PC are numbered like COM1, COM2 … COMn etc. You first need to figure out in which COM port you have connected the AVR. Only after you have a correct COM port number you can communicate with the AVR using tools such as Hyperterminal. The steps below shows how to get COM port number in case of Virtual COM Ports.
Right Click on “My Computer” icon in Windows Desktop.

This book includes 15 programming and constructional projects, and covers the range of AVR chips currently available, including the recent...