This project uses Arduino, Raspberry and Attiny, it allows you to control nd monitor your home (AC outlet, shutters, heater, light, opening detector, temperature …).
The raspberry is the web server allowing control all arduino These can be controlled from any web browser around the world. You can use your cell phone, tablet, or computer to turn on or off the outputs. 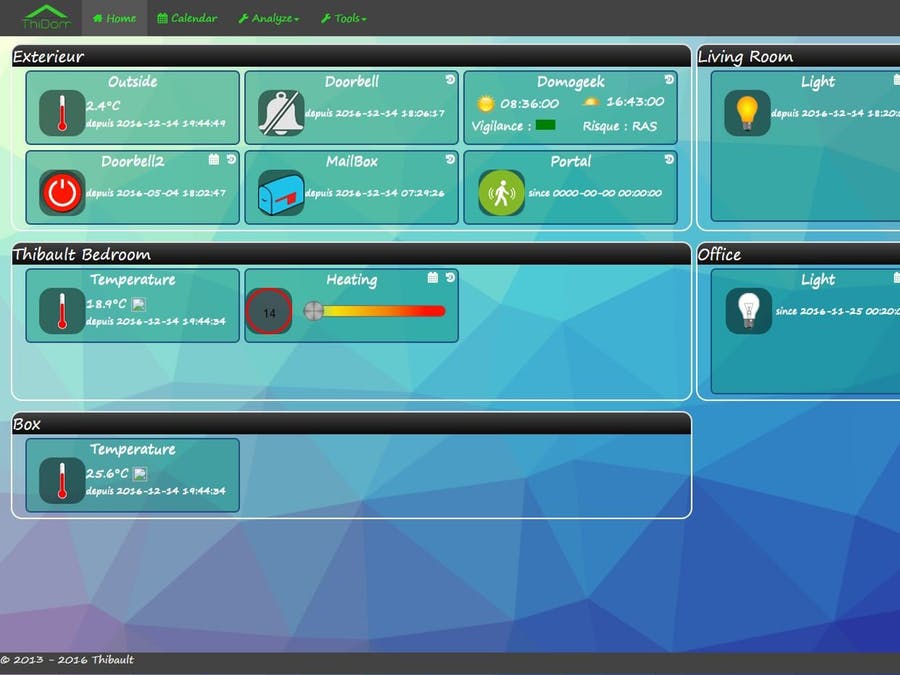 Arduino Network is a Mesh Network.
If you like this, Please vote in the competitions – top right – Thank here

Many parts I used were salvaged from old electronics, It is possible to find them at a low price

I have write all program, raspberry ( web server, python ) and Arduino Which allows me:

The Raspberry is used like web server for the home automation and like Media center with Kodi.
I started my project by decoding the frame of an outdoor temperature sensor (433 Mhz)
Next I developped the web interface ( 100% responsiv )

The communication happens between Raspberry and Arduino:

Inside box we find: 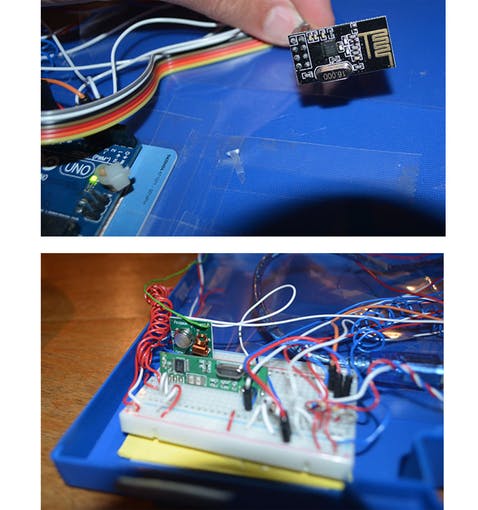 Relay (12V) made concat when someone rings, the arduino sends this action to Master and it’s view on the web site. Many action is possible with the scenario system.
Here I have used:

AEM10940 is a power management IC designed by e-peas to store power from photovoltaics (PVs) cells and thermoelectric generator (TEGs)...