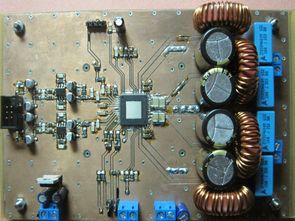 TDA9859 The main part of the preamplifier is an integrated circuit TDA9859, this integrated circuit is controlled via the I2C microprocessor Atmega128. Individual settings of the preamplifier through the keyboard are displayed on the graphical LCD display. Integrated circuit TDA9859 The preamp allows you to adjust the volume level, bass, treble, and balance in a wide range, allows you to switch between three stereo inputs, six mono inputs. The preamp also has the addition to the main stereo output also, one line output, which do not affect the setpoint correction, but only the selection of one entry. The individual parameters. The manufacturer is Philips. Microcontroller ATmega128 A very important circuit in the entire wiring pre-amplifier is a microcontroller, which is used to control the preamplifier TDA9859, control LCD displays, data processing And a/D converter, and scanning the keyboard. The market is available a large number of microcontrollers differing between each other by the width of registers and the bus, the number of input / output ports, the number of support circuits, and also the size of program and data memory.

Among the largest manufacturer of microcontrollers partying company of ATMEL, MICROCHIP, FREESCALE, etc. because Of experience with microcontrollers of ATMEL was elected 8-bit microcontroller ATmega128 from a number of ATmega, is based on the concept of Hardwardské architecture. Processor type RISC (Reduced Instruction Set Computer), thus has reduced the number of instructions. The instructions are executed in a single clock cycle. The big advantage is the possibility of a serial programming the microcontroller directly in the application, without the need for inserting it into the programmer. On the website of the manufacturer ATMEL’s freely available development environment AVR Studio 4. Output end of the class d amplifier was according to the needs of sound system elected to 100 W per channel, as the most suitable end amplifier was elected the integrated circuit TAS5613 company Texas Instruments, this is the circuit type “power stage”. The circuit has 4 separate channels, the speakers here are involved in the full bridge. 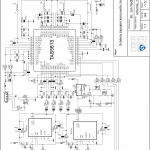 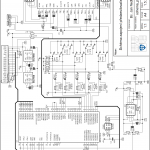 The quest for making low cost printed circuit boards is one that will always keep on going and it is...