This project is an update to the previous dehumidifier based you can here: http://davidegironi.blogspot.it/2013/04/avr-atmega-dehumidifier-controller.html
This update adds some usefull functions. 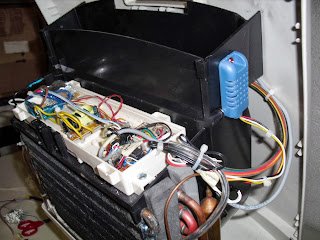 The main issue that i’ve fixed is the microcontroller crash, that happens sometimes. I’ve noticed that sometimes the controller stop running, crash or doesn’t works as expected.
After some experimets, i’ve noticed that probem was due to Electromagnetic Interference (EMI), EMI happens when the compressor and fan starts or stops.
I’ve solved this issues by:

If you look at the image below you can see that relays are not distant from the microcontroller.
To build a more secure controller, i’ve added a watchdog control to reset the microcontroller if anything goes wrong.
Another improvement to the previous design is the additions of a minimum off/on time to prevent the compressor to be switched on and off in a short time. Some compressor may get broken if those timed function does not exists.
Finally i’ve switched the DHT11/22 sensor with an AMT1001 sensor. The AMT1001 sensor is less sensible to EMI, and it has analogic output.
Changelog 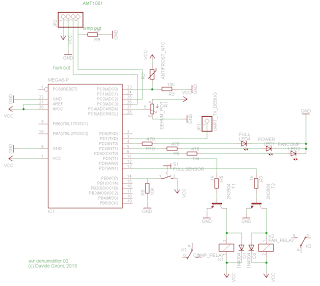 Brushless electric motor (BLDC motors) are synchronous motors that are powered by a DC electric source via an integrated inverter/switching...