The aim of the project is to make a portable LED display from SMD LEDs and to display the custom programmed patterns at our command. The core application of the project is to act as a portable display for event organisers or exhibitionists or consultants to make announcements at their mobile facilities. This can also be used as a novelty item in a showcase.
This project is demonstrated by giving an overview of what are the peripherals or hardware used and how it is initialised and used.
The circuit mainly consists of 4 blocks
A) Multiplexed LED Display
B)  Atmega8 Controller
C)  Hc-05 Bluetooth Module
D) Power Rail Circuit
Multiplexed LED Display 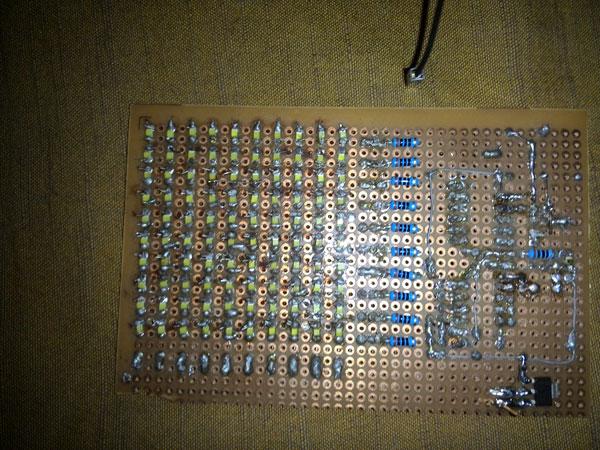 The LED display is made on a bare copper padded perforated board with SMD LED of 0805 size. The wire routing is a two layered overlapping circuit. The cathode rails are provided on the backside of board by means of steel jumper needles and the anode rails are connected to the LED’s by means of thin copper filament wires on top of the board. There are a total of 10 cathodes and 10 anodes as control pins.
Atmega8 Controller
This controller is run by an 8 Mhz internal RC clock source. The control wires are connected to the controller port pins. All the cathodes of the display were directly connected to the MCU while the anode pins were connected through a current limiting 100ohms resister. The Uart communication peripheral of the MCU is used to establish the communication between MCU and Bluetooth module. This Uart peripheral is set at 9600bps baud rate.
Hc-05 Bluetooth Module
The Bluetooth module used is configured with a new name and baud value of it set to 9600bps 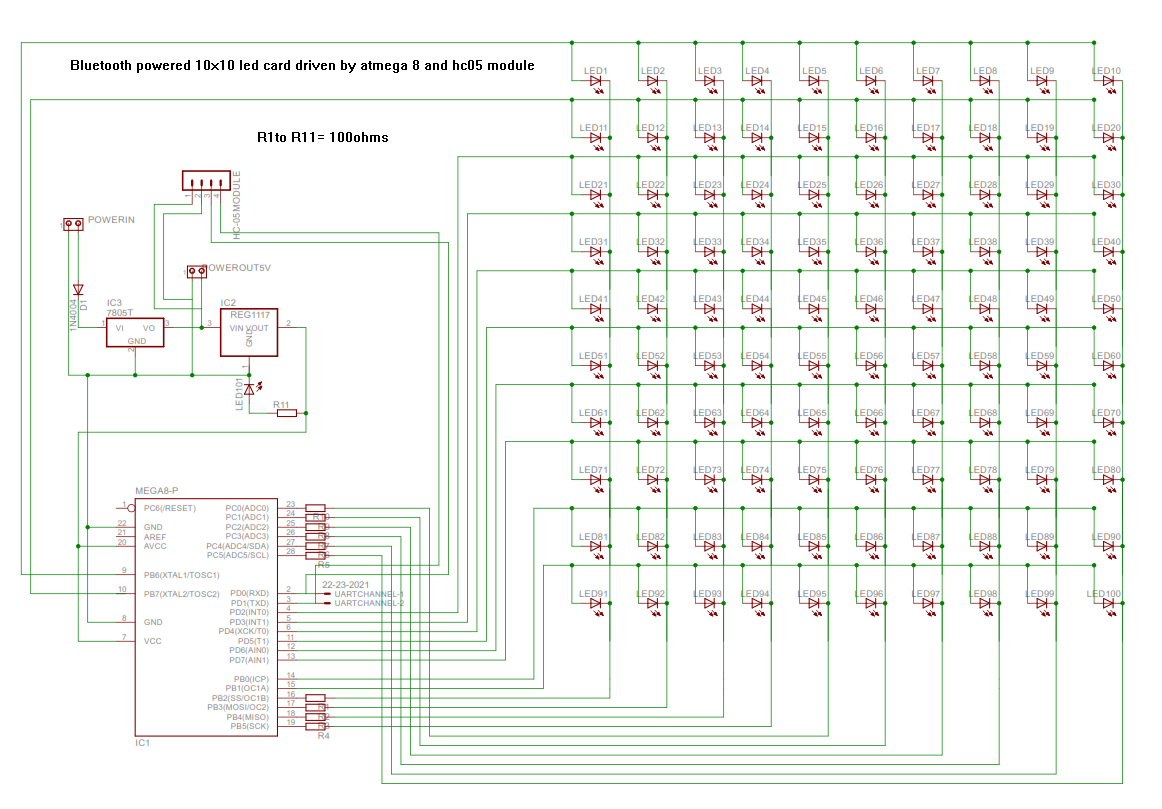 Power Rail Circuit
The Bluetooth module used requires a steady 5v source for proper operation and its Uart logic is based on 3.3v hence to match the logic level and also to decrease the LED brightness the MCUis given a 3.3v potential to run. Hence a 7805 regulator in series with 1117s 3.3v LDO is used to provide necessary voltage levels. Also a protection diode is used in series with power supply input.