This is a C-library for avr-gcc/avr-libc to access SED1520-based graphics-LCDs. The modules used to develop the library only support “write to LCD”, read-modify- write on the display RAM is not possible. So this Library uses a “framebuffer” which holds the display-content in the AVR’s SRAM. For a 122*32 pixel display around 500 Bytes of SRAM are occupied by the buffer. The library does of cause support modules which can be read in “write-only-mode” (tie the R/W-Pin to GND). 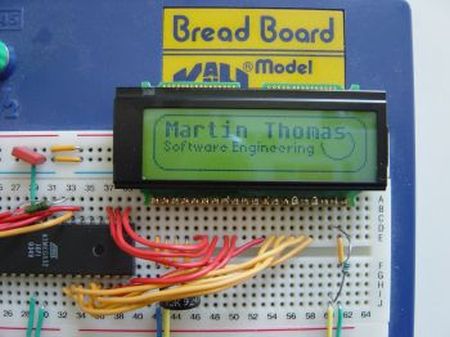 Cameras: Focus We've seen that a real image is formed by light moving through a convex lens. The nature of...